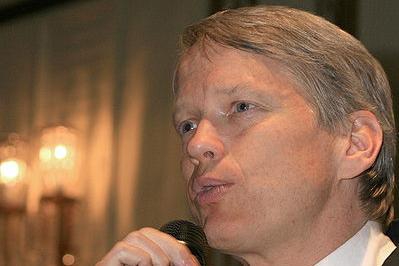 While Vancouverites were trying to make sense of the problems surrounding the Olympic Village right before the 2008 civic election, the development proposal for a super-sized casino next to B.C. Place quietly passed through city council. It was apparently one of the final acts of the NPA-dominated council, an act that went little noticed at the time due to the controversies raging around the Olympic Village.  Nonetheless, the decision may have far-reaching impacts on the community around the development for years to come. As reported in previous stories, many believe the impacts will not be positive.

In 2008, the NPA-dominated city council under Mayor Sam Sullivan  approved the redevelopment of Northeast False Creek, including the Plaza of Nations, the land around BC Place and GM Place, just before the municipal elections.

Up until this point, this land was not considered for development, but then the province decided that they wanted to develop the area, Councillor Geoff Meggs told VO in an interview. Gordon Campbell's former deputy [Ken Dobell] was hired by the city and the province to study cultural infrastructure, said Meggs.

"The city responded with this hurry up plan and out of it came recommendations that went to council at the end of 2008---approval in a general way how all of these places would be developed."  Paragon received the right to build a casino at that time and the city waived public levies usually required of developers, levies which direct up to 20% of the overall cost of the project to be dedicated to city park services.  But in this case, councillors decided that the resurrection of the roof at B.C. Place, which was also part of the deal, sufficed in place of the levy, as a service to the city.

News of the casino expansion project on prime city real estate broke last March.  At the time, some expressed outrage at the change in policy by a Liberal government that had promised not to expand gambling in B.C., noting that gambling fed addictive behaviours which were not in the public interest.  The sudden turnaround in the province's policy towards gambling stunned some and baffled some. Frances Bula blogged about it soon after the news came out, stating what seemed to be on the minds of many:

Isn’t it kind of strange that Vancouver would have a big casino downtown? That’s usually something that you see in loser, rust-belt cities that can’t figure out what else to do with their depopulated downtowns.

Then she appealed to other reporters to look into the issue more deeply, a rare call from one reporter to others.

...I appeal to people with more time on their hands to do research than I currently have. Is there another healthy Vancouver-like city that has a big-butt casino in the middle of its downtown?

The Vancouver Observer's reporters have not been able to locate a "Vancouver-like" city that has a big-butt casino in the middle of its downtown. If any of our readers know of one, please get in touch.  Our research has turned up connections between organized crime and casinos in other cities, and stories of wives and children devastated by a father's one big night out at the casino, gambling away the family savings in a few short hours.  We will report on stories of B.C. residents struggling against gambling addiction and bring you their views on how  having a "big-butt casino" downtown may effect their efforts to control their addictive behaviors.  And we will talk with teenagers about what message provincial backing of gambling as a source of revenue is giving them. We will be bringing you these stories in coming weeks, leading up to the public hearings that will be taking place on the casino development project. And we urge you to give us your stories. Officials say these hearings will probably take place before the end of the year.

Since the province is the superior level of government they actually have the right to do whatever they want, but they usually go through the re-zoning process as a courtesy and as a sign of respect for local government laws, said Meggs.

"I think politically the province decided on a number of fronts to charge ahead. If you recall that period...Gordon Campbell was acting as if he was still the mayor of Vancouver and making a number of arrangements on behalf of the city because of various tools he had at his disposal," he said.

Council decided not only to approve the development plan but also made the decision not to ask developers to contribute to improvements for the surrounding community.

The city always charges development cost levies, explained the councillor, but where extra density is considered for a site, the city can consider community amenity charges. "In return for the increased density and the assumed revenue the developer is going to get, the city takes back a share of that for public art, daycare, that kind of thing," he said.

"If I had been there I might have agreed to both but it was rushed and it was done without a lot of community oversight," said Meggs.

Councillor Anton claims Vision councillors would have voted for expansion of casino, too

"To me it was a very worthwhile trade off for the city, to allow the amenity to be the roof," Councillor Suzanne Anton told VO.

"I will just tell you, politicians who pretend that they’re angry with that decision, would have made exactly the same decision themselves if they had been in the majority. It was just more fun to say, 'Oh this is terrible, this is terrible.' I don’t think any politicians would want to be the one who presided over the demolition of that stadium," she said.

The stadium was in sore need of repair, the councillor pointed out. The best place for a stadium is right in the middle of a city, she said. "It was a very expensive project. So how do you make it work?"

In her Globe and Mail article last March, Bula wrote that: Vancouver city councillors are bracing for a furious debate about a plan to put a major Las Vegas-style resort casino downtown.

Oddly, the furious debate Vancouver's preeminent city reporter forecast upon the announcement of the casino expansion hasn't taken place. Not yet, at least.