Hacktivists to the rescue: Random Hacks of Kindness

“You’re organizing a what?”

That is perhaps the most common question I get when I tell friends and family that I am running a 'hackathon' in the first weekend of December.

I get looks of curious bemusement when I tell them the event is called Random Hacks of Kindness (RHoK), and aims to bring together about 80 local technology developers and designers. 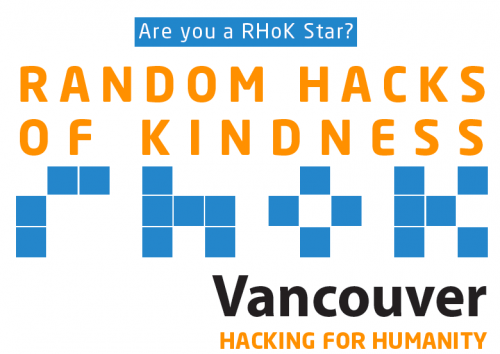 These volunteers will contribute their skills for two days to solve technology challenges for local and global non-profit organizations.

And when I then tell them it’s going to be happening simultaneously in at least 30 cities around the world, the answer is always the same: Cool!

Inevitably, other questions arise: So what exactly is a hackathon? Is it a marathon? Is it only for tech people? Aren’t hackers all evil? Who does it help exactly? And how? And why do hackers do it?

Hackathons are events that bring developers, designers, and other technology and communications experts together to solve technology problems, during intensive but brief collaborative workshops. The purpose of hackathons vary. Focuses range from business apps to games to open source projects to projects advancing social causes, like Random Hacks of Kindness.

Random Hacks of Kidness is part of a broader movement of remote engagement, in which geeks and other communications gurus are contributing their talents and passion to support initiatives around the world. After its beginnings in 2009 from a collaboration between representatives from Yahoo, Microsoft and Google who wanted to help develop disaster response tools, RHoK events have run in over 40 cities around the world, with over 2000 participants contributing time and skills to hundreds of projects.

Social media has played a pivotal role in helping us to connect with people in other places like never before, while hacktivism and other more organized forms of remote volunteering are ways in which geeks are helping redefine the volunteer landscape.

The term hacktivism was first coined in 1996 and refers to hackers who use computer networks to promote political ends. Today, Anonymous is probably the most widely recognized hacktivist group.

In their early days, Anonymous hacktivists typically worked alone and focused on US-based groups such as the Church of Scientology, which sparked their ire for launching legal action to restrict distribution of a video of Tom Cruise talking about Scientology. In 2009, inspired by the protests in Iran, Anonymous launched one of its first international operations, helping Iranian protesters to securely connect with each other and the outside world. Two years later, during the Tunisian uprising(and later Arab Spring) Anonymous again helped take down government websites while restoring civilian Internet connections. Similar interventions have since followed in Egypt, Syria and Libya.

Social media has likewise been a game changer in conflict-affected areas by enabling rapid connections and group mobilization. The first evidence of its potency came in 2008 in Thailand during the Red Shirt protests, when Twitter connected locals and foreigners looking for reliable updates about events on the ground. Social media was again pivotal during the 2009 Iranian elections, and set the stage for the Arab Spring in December 2011, where the role of social media is well documented.

in December 2008, when fraudulent Kenyan elections sparked country-wide violence. In response, anti-corruption blogger Ory Okolloh called for help from developer friends to create a tool to collect reports about violence around the country. In the course of 60 days, this tool collected some 45,000 reports via SMS and the web. This crowdsourcing platform, known today as Ushahidi (meaning "witness"), proved to be better than existing tools at recording events as they happened, including in remote and rural communities.

Since then, Ushahidi has transformed into an open source platform that is used around the world for elections monitoring, corruption tracking and emergency response. It is an example of a more organized and sustained effort to support grassroots initiatives to improve local engagement and accountability.

By their very nature, many open-source projects rely on volunteer developers to move forward. “Hackathons” have become an important means of rallying developer communities to support tool development. Motives for participating vary, and can include a commitment to a specific principle (such as keeping the internet open to all), advancing open source project relevant to specific work or personal interests (such as open-source content management platform Drupal), supporting projects with social impact (such as Ushahidi), strengthening a sense of community among likeminded peers, and solving interesting problems.

Hackathons are increasingly focusing on specific social issues such as disaster response, corruption, or open data. Vancouver’s own David Eaves is recognized for his work on open government initiatives, and for helping to launch the first International Open Data hackathon in December 2010.

While these trends are not without their controversies and challenges, they nevertheless represent fascinating opportunities for hacktivists, volunteers and recipient organizations to collaborate and support social change around the world...one hack at a time.

Random Hacks of Kindness Vancouver opening reception will take place at The Hive (#210 - 128 West Hastings) on Friday, November 30, 2012 at 6.30pm. The hackathon itself will take place at GrowLab and will run all day Saturday December 1st and Sunday December 2nd, with presentations and award ceremonies taking place Sunday evening starting 4pm.

More info on RHoK Vancouver can be found at peacegeeks.org/rhok