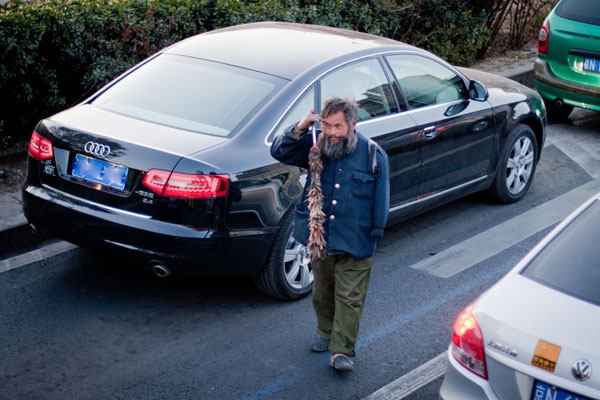 A recent memorandum entitled China in Revolution and War, sent to a re-inaugurated President Barack Obama by Cheng Li of the Brookings Institution, discusses the increasing number of protests in the country that could ultimately lead to domestic revolution. In the memorandum, Li points to China's growing income gap as a root cause of the protests, and one of the most dangerous threats to China’s social and political stability: "Economic inequality is increasing substantially," it warns.

The threat of inequality in China

This is important for two reasons. First, as Li notes, a Gini coefficient of 0.44 or above is generally thought to be the threshold beyond which there is a “potential for social destabilization,” and the NSB’s estimates lie above this threshold. And second, last Friday was the first time the NSB released statistics on China’s Gini coefficient in 12 years.

While the NSB’s disclosure of income inequality data after a 12-year silence is commendable, many experts still consider the NSB’s statistics to be deliberately altered to further the political objectives of the Chinese Communist Party (CCP). And why wouldn’t the CCP want to hide news of a widening income gap? Isn’t a communist party supposed to be the harbinger of egalitarianism, not the bringer of increasing disparity?

In reality, economic inequality in China is much more severe than the official statistics, released last Friday, would suggest. A 2010 Credit Suisse report conducted by Professor Wang Xiaolu of the China Reform Foundation concludes that almost 1.5 trillion dollars (or about 30 per cent of Chinese GDP) goes unreported in the NSB’s official household income numbers. And Wang finds that over 60 per cent of this unreported income accrues to the top 10 per cent of income earners. Including this unreported income in the official statistics would result in a Gini coefficient remarkably higher than the NSB’s recently released estimates of 0.47 to 0.49.

This all sounds like statistical blather, but income inequality is an extremely important measure that tells us how broadly the gains from economic growth are distributed among a society. If these gains increasingly go to a narrow group of well-connected elites, as they have been in China since Deng Xiaoping’s market reforms in 1978, then political reform -- and, ultimately, democratization -- will be hampered.