This group of women, photographed by Kris Krug, are from the Quechua community which had a very strong presence at the conference. 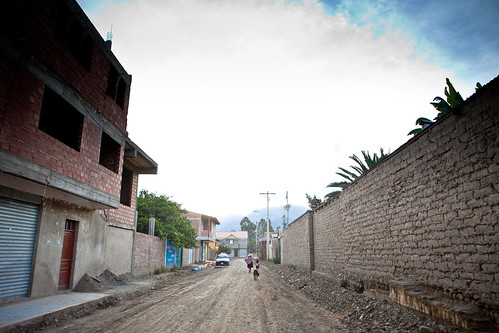 The World People's Conference on Climate Change and the Rights of Mother Earth is currently taking place in Cochabamba, Bolivia. This four day conference is a people's direct response to the lack of binding climate legislation that is lacking on a global level. This particular conference is different than other climate conferences for the fact that the end declaration document will be a summary of 17 different working groups, all which are fueled by the active voices of people from all over the world. 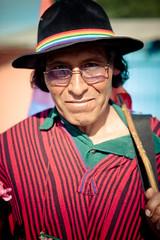 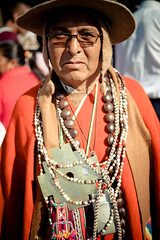 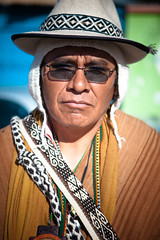 Located on the campus of Unividad Valle in the small Cochabamba village called Tiquipaya , the WPCCC was inspired by Bolivian president Evo Morales. Morales is the world's first Indigenous president and is considered to be truly a president of the people. Originally a coco farmer, Morales has paved the way for community driven legislation that gives rights back to the people on the ground level. His political views have produced a radical reform on his country as well as a lasting impact on the rest of the world. 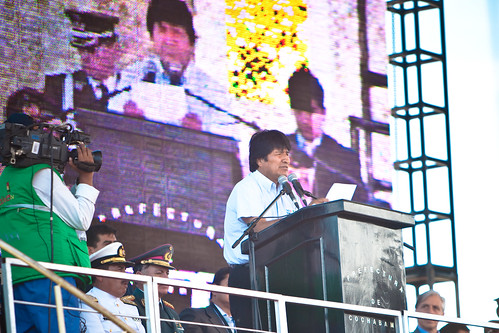 This conference is broken up into three specific parts: the working groups, which are the spaces in which people can bring their views to the table for inclusion into the conference's final declaration, side events, which are side workshops or panels based upon specific issues that outside organizations have curated, and an outside fair area, where booths and tables are setup that showcase a variety of information from local artisans, international NGOs and government based organizations.