With the world moving at an ever-quickening pace, it is very important to document the change process as it is happening. Static Photography has had the opportunity to be at some of these world-changing events such as the United Nations Climate Change Conference that took place in Copenhagen, Denmark in December of 2009.

Another such event is taking place in Bolivia this week called the World People's Conference on Climate Change and the Rights of Mother Earth. This conference is more directed towards a people's movement for negotiating climate justice legislation on a global level. 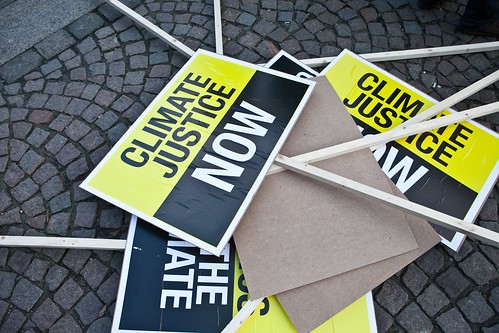 The World People's Conference on Climate Change and the Rights of Mother Earth is especially monumental for it is the first large conference on climate change after its large world predecessor in Copenhagen. This conference is taking place April 19 to 22, 2010 in Cochabamba, Bolivia. The four days are broken up into group sections which will cover topics such as structural causes of climate change, institution of a Climate Justice Tribunal, climate migrants and refugees, climate debt, technology transfer, and action strategies for dealing with impacts of climate change.

The major difference in this event is that the final documents that will come at its conclusion will be created at the base level that is affected by climate change: people. From world leaders, to indigenous communities, everyone will have a voice and the ability to speak forth about the topics that are present in their communities. Unlike other conferences, this particular event allows all attendees to submit agenda items for discussion which empowers everyone to have a direct involvement in how climate change affects their community. In direct response to COP15, this conference should have a powerful message. 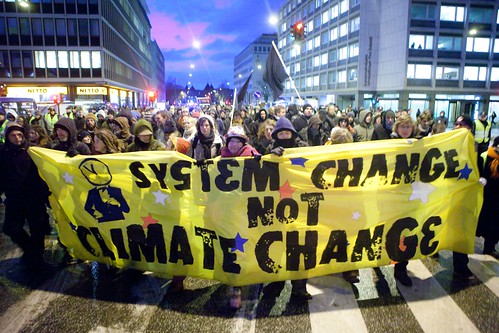 OUR PARTICIPATION AT COP15

This journey would be a follow-up documentation to the United Nations Climate Change Conference in Copenhagen that photographer Kris Krüg attended in December of last year. Kris was an official photographer of the international campaign TckTckTck. TckTckTck was an international effort to connect smaller NGOs to create a large global campaign around the importance that a legal, fair and binding contract came out of COP15.

Kris was able to shoot the inside of the Fresh Air Center, the actual negations that took place within the Bella Center and the countless protests that conveyed on the streets of Copenhagen during the conference.

These photos were vital media for writers who used them in blog posts but mostly for the people who were not present at the conference. Kris also had the opportunity to advice a photography project by TckTckTck called Time to Click which showcased photography from global communities that were directly affect by climate change. 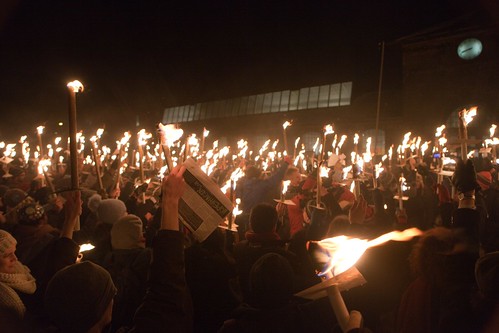 THE IMPORTANCE OF ATTENDANCE