O.b. tampons have been slowly disappearing from the shelves of local stores in Vancouver since last November. And although manufacturer Johnson & Johnson promised that they would be back in the stores weeks ago, new stock hasn't arrived. As a result, Vancouver-based Lunapads has seen a growth in sales of 40 percent, owner Madeleine Shaw said, adding that orders have been pouring in for "The DivaCup", a reusable silicone menstrual cup.

"Seriously, what kind of bull**** is this??," a woman commented on o.b. tampons' Facebook page. "This is not the product to cut corners on or discontinue. What are you thinking, Johnson & Johnson??"

Indeed, o.b. tampons have an impressive cult following in North America. Women say they like them because they are small and compact and do not require an applicator.

Some 20 billion disposable pads, tampons, and applicators are added to landfills in North America annually, according to the Lunapads website.

"Tampons are something so intimate," bank executive Linda Chou said. "If you're used to using a certain brand, you really don't want to use something else." Chou says she is fast running out of the o.b. tampons she has stocked up last year and is checking religiously for new stock to arrive in the stores here.

The DivaCup (pictured above) can be worn for up to 12 hours at a time, then removed and cleaned. And what's more appealing to some women, the product can last up to five years. Yes, five years. This results in a massive reduction in solid waste, and saves users a ton of money, according to Shaw.

Student Melanie Wong was one of those who made the switch from o.b. tampons to The DivaCup, but admitted she had some concerns at the beginning. "I wasn't really used to the idea at first. I was worried about the hygiene because you are using the product over and over again. But hey, now that I've switched, I don't think I can use anything else. It's saving me so much money," she said. 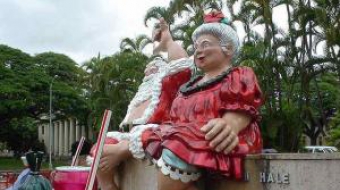 Santa is a woman. And she's wired.

Survey says female does holiday shopping in 80 per cent of Canadian households, a lot of it online.
Christina MontgomeryDec 12th, 2011 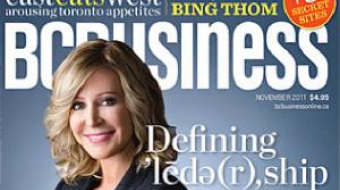 Building on a board's brand

The Vancouver Board of Trade's Wendy Lisogar-Cocchia wants to build on its existing strengths.
Christina MontgomeryNov 28th, 2011 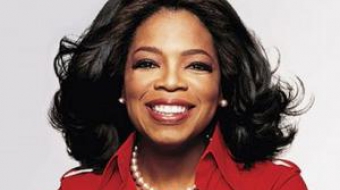 Follow Oprah and take hold of your financial future

What do you have in common with Madonna, Martha Stewart and Oprah?  While you may not be famous like these women, studies show that both you and Oprah are managing your own financial well-being...
Petra RemyDec 13th, 2010
Speak up about this article on Facebook or Twitter. Do this by liking Vancouver Observer on Facebook or following us @Vanobserver on Twitter. We'd love to hear from you.