A lovely presentation of a sub-par crème brûlée, the dessert course at the 24th annual Jack Webster awards.

On Monday night I attended the 24th annual Jack Webster awards, which celebrate excellence in journalism. I was a bit of a last-minute invite, as it happened that there was room at my fiancé’s table for an extra attendee. This last minute addition meant that I wasn’t able to communicate my need for a gluten-free meal to the kitchen, which had me a little worried.

I feared I would either go hungry or, worse, be unintentionally glutened, which would have ruined the evening.

Luckily, when Joel and I arrived at our table our server came by and let everyone know what was on the menu for the evening: green salad with pine nut basil vinaigrette, herb-encrusted chicken breast and crème brûlée. She asked if anyone had any problems/issues with the menu, and I was able to let her know about my need for a gluten-free meal.

At first the server seemed a little unsure; she thought I couldn’t have dairy as well, but I explained what I could and couldn’t eat and she took good care of me.

The green salad with pine nut basil vinaigrette was very tasty. There were mixed greens, slices of pear, pine nuts, cherry tomatoes and Belgian endive. The vinaigrette was really nice. It was kind of like a pesto Italian dressing, but slightly creamy.

The herb-encrusted chicken entrée was served with a squash puree, some broccolini, red pepper and a mushroom stem (I believe it was an oyster mushroom). The herbs were mixed with panko breadcrumbs, so I was served a plain chicken breast. I was also given rice instead of the squash puree. I don’t see where flour would fit into the squash puree, so either they were unsure and decided to be on the safe side, or there was a hidden ingredient mixed in with the squash.

The dinner was very simple. My chicken was plain, but it was cooked well, as was the rice. I really enjoyed the vegetables, and finished more of them then I did the rest of my meal.

The crème brûlée was served with a gooseberry on the side and was a very basic example of the dish; vanilla flavoured and not too sweet. The crunch you get when you put your spoon through the hardened sugar on top of the crème brûlée is always the best part of this dessert for me, and unfortunately it was missing on this one. The sugar wasn’t hardened at all; it was very soft. As someone at my table pointed out though, it must be difficult to make perfect desserts for 1000 people.

Another problem with the dessert was that it didn’t seem to be set properly. Crème brûlée’s are like other custard desserts, where you need eight eggs per litre of liquid for it to set. It seemed as though this dessert’s ratio was a little off.

All in all, the meal was very nice. Tasty and well balanced, with nothing over-seasoned, although the chicken could have used a touch of something to give it more flavour. Our sever was fabulous, seeing that I was taken care of and didn’t go hungry.

Best of all, no glutening!

More in Wheatless in Vancouver

My wife loves crepes, but struggles with wheat. My mission was to find a crepe recipe that I could make for her without resorting to wheat. As I did my research, another mission came along: find a...
Charles MacurdyFeb 13th, 2013 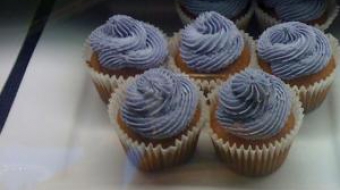 A dish of freshly baked cornbread entices customers at My Goodness! Gluten & Wheat Free Kitchen.
Ashley KrauseSep 17th, 2011
Speak up about this article on Facebook or Twitter. Do this by liking Vancouver Observer on Facebook or following us @Vanobserver on Twitter. We'd love to hear from you.