The New York Times “Green” blog recently waded into the issue of how to allocate water in times of scarcity.

The post looks at whether the experiences of Australia, including water markets, could benefit places like California.   Water markets have also been proposed as an option for BC so it’s a debate worth following.

In response to an unprecedented drought, New South Wales in Australia undertook what may be the most far-reaching overhaul of water governance anywhere in the world.

The NSW example is often lauded by water policy wonks because – at least on paper – its requirements for monitoring and reserving flows for environmental needs are far more explicit than North American systems. The NSW system is more closely attuned to the needs of ecosystems like wetlands and desert springs. Groundwater and surface water are treated as connected systems, and all withdrawals, even from domestic wells or from tree plantations, figure into the groundwater budget.

As the Times explains, in NSW each right to use water within a specific basin is awarded as a percentage of all available water in a given year. Priority is given to permanent crops like nut trees or grapes. Water-intensive annual crops like rice and cotton are the first to be abandoned in dry years.

More controversially, Australia created a water market that enshrined water rights as private property, not attached to land, and made the rights freely tradable on short-term and permanent bases.

The Times post seems to accept that using markets has made water use more efficient but doesn’t provide any hard data or analysis to justify that conclusion.   Interestingly, for a “Green” blog, it doesn’t examine the impact of the new allocation regime on preserving and restoring environmental flows.   Had it, it would have found the evidence of environmental benefits is lacking.

When water rights trading was proposed in Australia, it was sold to the public on the promise that allowing farmers to trade water rights was a necessary trade-off to enable the protection of environmental flows.

And it appears that the tactic is working.  Australian politicians recently “clarified” that the amount of water needed to protect the environment would be cut by a third.

Incredibly, the farmers’ hostile reaction comes in response to a scheme involving voluntary water entitlement buybacks.   No one is forced to give up their water allocation and they get paid if they choose to do so.

Where the hostile reaction should be coming from is the Australian taxpayer.  The Sidney Morning Herald reports that in 2009, Australian governments had to allocate $3 billion (yes, billion) to buy water rights from irrigators to salvage ecosystems.   It’s gotten so bad that money originally allocated for desperately needed infrastructure is being redirected to pay farmers for water.

And as you would expect, that kind of money is proving irresistible to the speculators.  The Herald reports that

International investors are circling Australia's water market, looking to snap up hundreds of millions of dollars worth of our most precious national resource, with almost no government limit on how much they can buy.

It’s possible that in the next few months we’ll see the BC Government release draft legislation for modernizing the Water Act.   Hopefully, this proposal will treat Australia’s water markets as a cautionary tale rather than as an example. 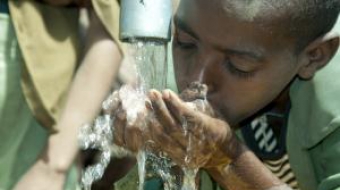 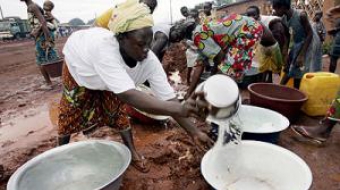