The food (and water) crisis 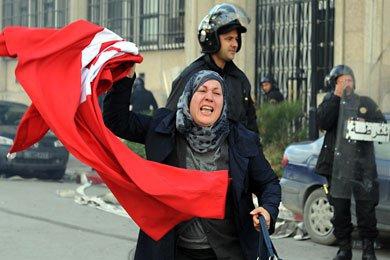 Some speculate that rising food prices may have been a cause of the instability in Tunisia. Wikimedia Commons photo

My first few posts in 2011 will take a look at water issues facing us over the next 12 months. First up:  the looming food crisis, which is largely a water issue.

The United Nations Food and Agriculture Organization recently warned that in December its food price index surpassed its previous peak in 2007 - 2008.

The international community is bracing itself.  The last time food prices were this high, demonstrations broke out in developing countries around the world (“the tortilla riots”), rising food prices likely pushed tens of millions into poverty and people went hungry.  The scorching prices of 2008 were only cooled by the economic stumble known as The Great Recession.

The effects of the current price spikes have yet to be felt in Canada and the United States where processing and advertising costs of foods often outweigh the cost of food ingredients themselves.

But in countries where most residents purchase only basic foodstuffs and where food costs require a much larger percentage of household income, the cost of food has skyrocketed.

Some speculate that rising food prices may even have been an important triggering cause of the instability in Tunisia that drove that country's president from office.

Faced with rising international food prices, governments around the world are cooking up measures to protect domestic supplies and keep a lid on prices at home.  Russia is banning grain exports and other countries are using a combination of releasing grain reserves and big subsidies for consumers.

Food prices are being driven up in part by an increase in oil prices, affecting both fuel and fertilizer inputs to agriculture.  But the primary cause is water – either too much or the lack of it.   Russia’s situation was caused by worst drought in a half century.  Australia suffered years of drought only to be hit by torrential flooding so that lack of water has been replaced by a lack of soil.  US grain forecasts have been slashed due to adverse weather.

So is the current price spike 2008 all over again – a temporary run up followed by a reversion to lower prices?  Probably not, particularly for those in the poorest countries.

Two trends -- rapid population growth and the increasing diversion of food stocks into biofuels --  would, by themselves, put continued upward pressure on food prices. But water scarcity and variability will almost certainly push prices dramatically higher over the longer term.