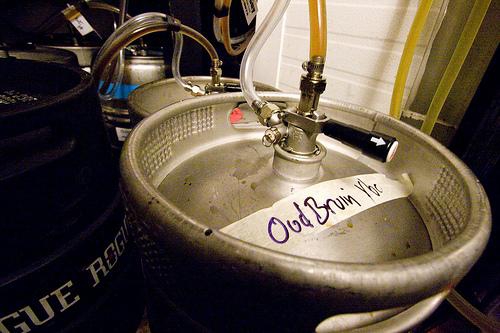 Ready for a Stumble? 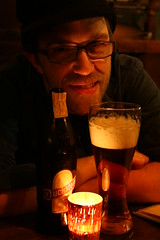 Vancouver may be among the most expensive beer drinking cities in the world, but fortunately, there are glorious quality ales available... if you know where to look.

Otherwise you'll miss out on the erstwhile BC craft brewery renaissance with world-class beers made locally by Howe Sound, R&B, Crannóg, Phillips, and more. Plus, resourceful importers are distributing micro-classics from the United States’ west coast mixed in with European standard-bearers which go beyond the basics. Are you missing out? If so, come along. 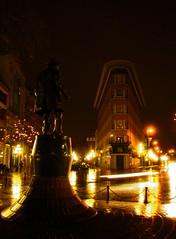 Amongst the steam clock and Gassy Jack statue photo-ops in cobble-stoned Gastown are plenty of bars, restaurants, nightclubs and cafes but many of them serve the same macro-beer swill and flaccid atmosphere found anywhere.

You'll need to scratch a little deeper to find the places which have substance to go along with the style. Pick the right door and you'll find beers from Cascadian brewmaster experiments, to west coast micro-classics, to Trappist ales with centuries of tradition.

To help out-of-towners and local alike, I created a tour of the spots I stop by en route from work in Railtown to the Seabus. The fine establishments in this tour range from almost dive-bars to almost gastro-pubs but all share a commitment to featuring (in some cases, exclusively) true craft handles.

All of the places serve food -- it’s the law, I think -- to keep your belly loaded and soak up all the sudsy goodness. But all the people here are on this route for their bevvies, not nibbles. 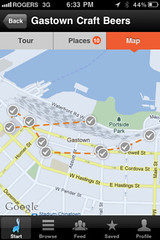 Follow the route closely and don't be tempted by long line-ups and glamorous patios or you'll be stuck with a disappointing beer served by someone who doesn't really know what they are serving. The route ends (or starts) with tall cans from the package store swilled at the (almost hidden) waterfront park while watching tugboats and float planes and reflecting on the porters, stouts, hefeweizens, IPAs, and abbey ales consumed on your route and this might be the best part. 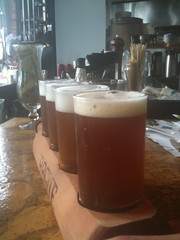 On the edge of Railtown, the food and ambience are good but the 40-plus carefully selected draft and cask beers are even better with an ever-changing and elegantly curated variety of taps and casks with a focus on Cascadian beers – especially IPAs and limited runs.

Hopheads are in heaven here, but my current fave is the malty Bear Republic's Pete Brown Tribute Ale, or recently, coffee-rich HUB Organic Survival 7 Grain Stout. With so many top-end and strong beers, choosing can be hard. So ask your wise bartender for a "Frat Bat" of 4 tasters.

Check the chalkboard for the casks of the day – with no CO2, these beers are artisan and old-school and remember all the beers here are strong and excellent – be prepared for safe transport so you can really explore the list. 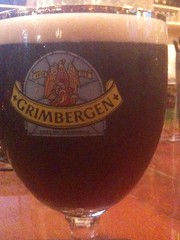 One particular Belgian gets this part of the Biercraft location on the map. This location has a few decent choices but go directly for Grimbergen – this Belgian beer will be served in a paired glass with 8 step prep and pour.

They've made this remarkable and heavy-duty treat since 1128 in a (waitforit) Premonstratensian monastery with a recipe protected from fires to wars. Note the great coaster collection too. 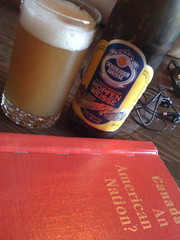 Quaint, cozy and fortified with a variety of European bottled treats with key locals... if you can grab a rare table. Settle in for a long sampling session and people watching with an R&B Raven Cream Ale in a big bottle or if you've never had the König Ludwig or Schneiderweisse hefeweizens from Germany, do so immediately – both are well textured and refreshing.

Since you are here, check a few more Trappist ales of the list with Duvel, Orval, and Chimay along for a few other Belgians but try to resist the urge to walk out with one of the handmade menus crafted from 1930s-era school books. 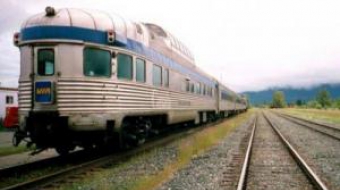 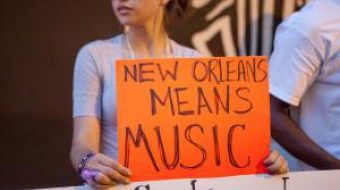 I’ve just rambled back from New Orleans with a head full of ideas borrowed from working examples to re-fit our city experiment into something truly more livable for the normal folks.
Dave OlsonAug 1st, 2011 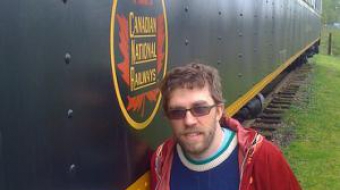