Suck on it, Latvia!

Every day there seems to be a new needle in our eye. The latest is the Cypress Moutain closure.  The slopes of Cypress were not meant to be in  Olympic' hands until February 1st.  If they close two weeks early at the behest of the iron rings then surely there was a clause for compensation. We'll  never know, though, because the venue use agreement is private.  Just add it to Vancouver's tab. We're good for it, right?

The sum total of security zones,  grafitti cleansing,  homeless cleansing, and asking artists to volunteer so that contingency funds can be paid sucks. But I still want the Canadian Hockey teams to win gold.

While there are many of us who voted "no" to the Olympics, that doesn't mean we don't want Canadians to win a medal in the luge. Nothing could make me prouder than snowshoeing gold, and the pride of saying, "Suck on it, Latvia!"

Team pride and a desire not to be tasered aren't mutually exclusive.

Americans, be vigilant. "Little Mosque" just the tip of the Canadian iceberg

It's no surprise that American government officials are a humourless lot, but it never occurred to me that their humourlessness would lead them to believe that the plot lines of Little...
Lalo EspejoDec 1st, 2010 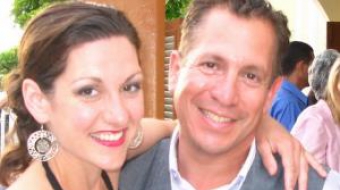 Charisma and values are not mutually exclusive

Ian Reid responds to my article on my surprise that the NDP will keep Carole James as the leader for the next provincial election by attacking me personally, saying “When a middle-aged, schlumpy and...
Lalo EspejoNov 24th, 2010

Really, BC NDP? Carole James is your final answer?

I'd really love to know what school of political strategy the BC NDP are from, because it's certainly not the one that teaches people how to win elections. The Liberals are on the verge of being neck...
Lalo EspejoNov 23rd, 2010
Speak up about this article on Facebook or Twitter. Do this by liking Vancouver Observer on Facebook or following us @Vanobserver on Twitter. We'd love to hear from you.