Why I won’t be growing a moustache for “Movember”

It’s not that I don’t like moustaches. “Free moustache rides” is still one of my favourite lines ever. And I can totally get behind publicizing men’s health issues. (The statistics are shocking, especially in mental health and suicide.) But there are two big reasons I don’t do Movember: I don’t want to unwittingly promote controversial cancer screening to the male masses, nor do I wish to be a cause-marketing dupe for companies (and industries) that do not reflect my values.

The key message that I hear from Movember is that men (ALL men) need to get themselves to the doctor for P.S.A. testing as soon as possible. This is the Movember rallying cry that gets amplified through their moustachio’d membership. “Get tested — early detection saves lives!” is the soundbite bouncing across Facebook, Twitter and throughout offices and workplaces. The belief behind this micro-message is that P.S.A. testing is an unequivocal success when it comes to saving lives.
If this were true, it would be a no-brainer. But it isn’t true. In fact, the U.S. Preventive Services Task Force recently recommended against PSA testing for asymptomatic men.
David Newman, a director of clinical research at Mount Sinai School of Medicine in Manhattan puts it this way in a recent New York Times article:
“Imagine you are one of 100 men in a room,” [Newman] says. “Seventeen of you will be diagnosed with prostate cancer and three are destined to die from it. But nobody knows which ones.” Now imagine there is a man wearing a white coat on the other side of the door. In his hand are 17 pills, one of which will save the life of one of the men with prostate cancer. “You’d probably want to invite him into the room to deliver the pill, wouldn’t you?” Newman says.
Statistics for the effects of P.S.A. testing are often represented this way — only in terms of possible benefit. But Newman says that to completely convey the P.S.A. screening story, you have to extend the metaphor. After handing out the pills, the man in the white coat randomly shoots one of the 17 men dead. Then he shoots 10 more in the groin, leaving them impotent or incontinent.
Newman pauses. “Now would you open that door?” He argues that the only way to measure any screening test or treatment accurately is to examine overall mortality. That means researchers must look not just at the number of deaths from the disease, but also at the number of deaths caused by treatment.
So why is Movember apparently choosing to ignore the science and continue the “early detection saves lives” rhetoric? In a charitable mood, I might say it’s complicated. That it’s an emotional issue and those emotions cloud reason. We want to believe there’s a simple test that will go a long way to saving the lives of the men we love. And P.S.A. testing clearly does save lives, it’s just that it also claims them. It’s a matter of emphasis. But that isn’t how the issue is framed via Movember.
If I was feeling cynical, I might say that at a board level it isn’t complicated at all. Cancer screening is big money. It’s the top of the sales funnel for the cancer-treatment industry, which includes medical trade organizations like The American Urological Association as well the drug companies that are always looking to grow their market. When men are tested en masse, many of those men will be treated (whether they need it or not.) From this perspective, Movember, with its staunch pro-P.S.A. stance, is at risk of appearing like a PR arm for the cancer biz.
Movember also acts as a cause-marketing juggernaut for some very big companies, some of which have dubious connections to the cause. Schick, for example, advertises on the Movember Canada website. The Environmental Working Group (EWG) provides an online cosmetics database where consumers can research the health hazards of common ingredients in personal-care products.
Unfortunately, many of these chemical ingredients are unregulated and unlisted on packages, despite scientifically backed concerns about exposure. One of the main concerns that shows up again and again? Cancer.
Movember reminds me a lot of the pink-ribbon campaign for breast cancer, right down to the screening controversies and questionable corporate ties. Which is probably no accident. Movember appears to be modeled after Pink Ribbon. But unlike the Pink Ribbon campaign, which has earned its fair number of critically thinking detractors, critics of Movember are virtually impossible to find ... so far.
Read More:
Share on Facebook Share on Twitter 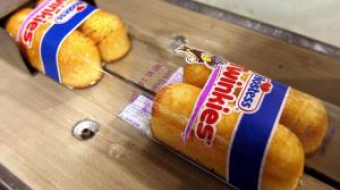 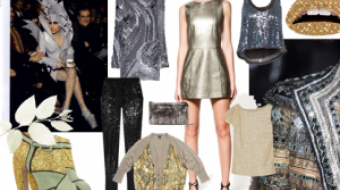 Bling and glitter are back this Christmas

It's time to let your wardrobe shine with glittery and sequined items this holiday season.
Vanessa SawDec 13th, 2011 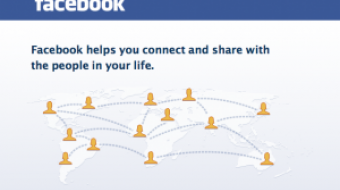 Find a glitch in the popular social networking site, and be rewarded. With more than 750 million active users, Facebook said that the program would allow individuals to be recognized and it would...
Vancouver ObserverAug 31st, 2011
Speak up about this article on Facebook or Twitter. Do this by liking Vancouver Observer on Facebook or following us @Vanobserver on Twitter. We'd love to hear from you.