BMW is a manufacturer that loves to tinker, and doesn’t believe in the “if it ain’t broke…” mentality that some automakers subscribe to. They also have an affinity for hatchbacks and wagons, evidenced by their creation of the latest 3 Series Gran Turismo offerings in 328i xDrive and 335i xDrive that offer more flexibility for customers who like the model but simply need more space. Or they could be like me, someone who just really likes compact cars with liftgates.

Do a Google search on “BMW 5 Series GT” you will no doubt find several articles from automotive media calling it bloated, unattractive, and a few other not-so-flattering adjectives. The smaller, more coupe-like 3 is not that car, with aggressive lines, loads of cargo space and a really cool “active” electronic rear spoiler. For the week, we tested the 335i variant (base MSRP $56,990) with the Premium ($4,500), Executive ($2,000) and ConnectedDrive ($850) packages tacking on modern requisites like parking sensors, navigation, safety electronics and concierge services resulting in a total price of $65,340.

Visually, the proportions are just right on the 335i GT. The steep sloping roofline, gaping air intakes in the front bumper and the now-familiar air breather cutouts behind the front wheels add to the sporty characteristics of the car. The corona ringed xenon headlight housings are larger than on the sedan version. At the back, twin exhaust tips peek out under a black diffuser, and the active spoiler is cleverly hidden atop the hatch, revealed only during high speeds or when manually activated via a button on the driver side door panel. Small “M” badges resided on the front quarter panels, hinting at higher performance but in this case only denotes stylistic differences. There is also a similar badge at the bottom of the leather sport steering wheel.

We were fortunate to get the Alpine White paint/Coral Red Dakota Leather colour combination, which, in my opinion, is the only one to be seriously considered. The seats are beautiful, and the dash has the same purposeful layout as found other BMWs across the range. There is, however, a lack of storage space in the front with only a small dual cupholder, armrest cubby and the pockets on the door. With the Gran Turismo longer and taller than the sedan, there is more headroom and passengers sitting in the back gain 70 millimetres of extra legroom.

The 335i gets the larger inline six-cylinder engine rated at 300 horsepower, mated to the standard-in-North America eight-speed automatic transmission. Power delivery is smooth and instant thanks to the peak 300 lb-ft of torque coming on between 1,200 to 5,000 rpm. Next to the shifter is a familiar toggle switch that can change the mood from Eco-comfort mode to Sport-mayhem, and paddle shifters allow drivers to take over shifting duties if they so please.

The bigger size of the GT is slightly noticeable during cornering compared to the trimmer sedan, but not by much. The suspension is just firm enough, and the steering provided better feedback than I would have expected given its electric assistance. Overall, this vehicle strikes an acceptable compromise, as there is more gained in practicality than is lost in performance. And for the hatchback naysayers, there is always the more conventional/conformist option with a trunk. 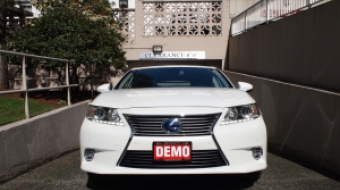 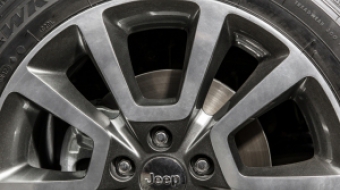 The recently refreshed Jeep Compass continues with a styling and performance renaissance for 2014 tweaking the much-improved front end and debuting a six speed automatic transmission. Together with...
Benjamin YongApr 11th, 2014 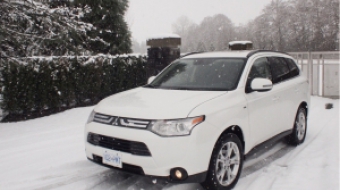