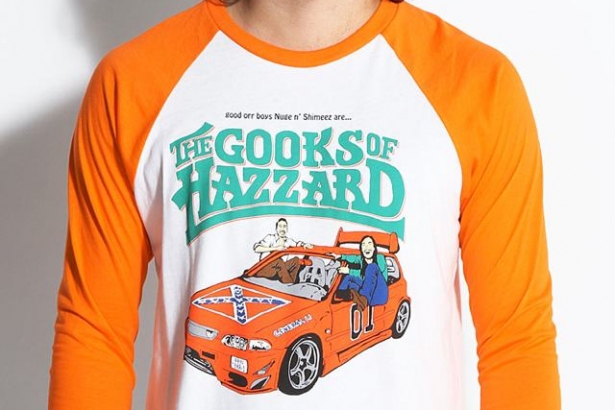 The controversial Gooks of Hazzard shirt

Baker Skateboards' T-shirt parody of The Dukes of Hazzard has angered the Asian American Justice Center for its use of the word "gooks" in a shirt design featuring pro skater Don 'The Nuge' Nguyen (who is sponsored by Baker).

Not surprisingly, the T-shirt caused a stir, leading the AAJC to argue that 'The Gooks of Hazzard' design uses racism to make profits and is "unacceptable".

This isn't the first time a clothing company has taken heat for Asian-themed T-shirts: Abercrombie and Fitch had was forced to make an expensive recall of its T-shirts featuring slant-eyed faces workers back in 2002. The company said it had started selling the shirts in an attempt to better connect with its Asian customers.