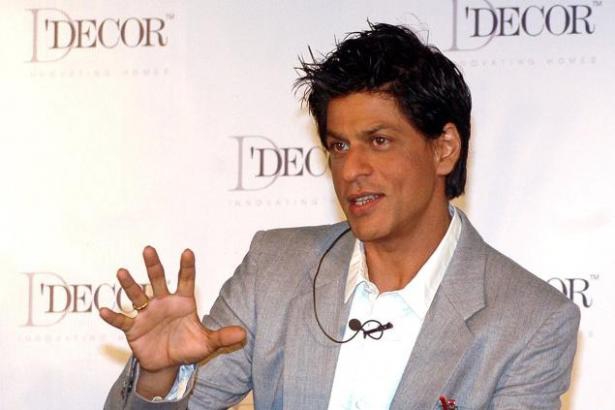 Shah Rukh Khan joked about his detention at Yale University, while U.S. authorities insisted that his (second) detention was not a result of racial profiling.

Bollywood mega-star Shah Rukh Khan has been stopped by homeland security agents at a New York airport...again (he was stopped for questioning back in 2009). The star, known as the "King of Bollywood", was en route to Yale University, where he was invited to deliver a lecture.

"Whenever I start feeling too arrogant about myself, I always make a trip to America," Khan joked, during his lecture. "The immigration guys kick the star out of stardom."

"They (immigration officials) always ask me how tall I am and I always lie and say 5 feet 10 inches. Next time, I am going to get more adventurous. (If they ask me) what colour are you, I am going to say white," he added.

Although U.S. embassy spokesman Peter Vrooman apologised for the "inconvenience" caused, Indians and Bollywood fans expressed outrage, accusing the officials of racial profiling (Khan, like many film stars in India, has a Muslim name).

This "policy of detention and apology by the US cannot continue", External Affairs Minister S.M. Krishna commented."We need an assurance that this won't happen again."

The detention was somewhat ironic, as the actor has starred in the 2010 movie "My Name is Khan" (worth a view, by the way) in which Khan is detained for questioning as a result of anti-Muslim sentiment in the U.S. after the 9/11 terror attacks.

Was it racial profiling, though? When Khan was detained at an airport in Newark in 2009, he told reporters that it was because he had a "Muslim last name."

"I think we all know that [racial profiling]'s clearly not the case," said U.S. state department spokesman Mark Toner. "The fact of the matter is tens of thousands of Muslims travel to and from the United States every day and are not detained or delayed."

On twitter, some made light of the incident, while others criticized U.S. authorities.

"Americans are special kind of racist," tweeted Megha Sharma. "They racially profile the same people who they invite to honor despite their race."

On Al Jazeera's website, British correspondent Imran Khan expressed empathy for the actor, saying that many people with Muslim last names are treated like terrorists in the West. However, he said his own situation differs fundamentally from that of the Bollywood star, whose fame helped set him free.

"Shah Rukh Khan is one of the most famous men on the planet.  He had the power of the Indian embassy to get him out of detention," he wrote. "We ordinary mortals are left to our own devices."