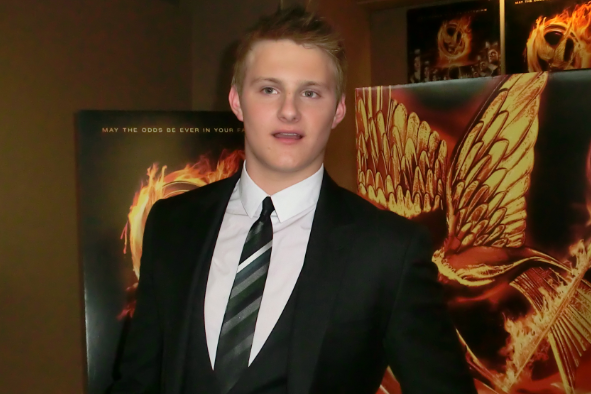 The Hunger Games stars Alexander Ludwig (a Vancouver-born actor) as one of the toughest fighters in the movie. Photo by Jessica Kalbfleisch.

We asked Vancouver actor Alexander Ludwig -- who plays the most violent of the "tributes" sent into the arena in The Hunger Games -- his opinion on the portrayal of violence within the film, which features teens killing other teens.

"I think if anything, the Hunger Games is doing the exact opposite of encouraging [violence]," Ludwig said. "It's bringing to light the sickness and twisted-ness of a society in the wrong hands. It's  trying to encourage staying true to who you are, as opposed to losing sight of what's important in life, even if you're faced with difficult and chaotic times."

For those who are new to the Hunger Games craze, here's the general plot: imagine North America succumbing to a rebellion that left a population forced to survive in the after math of a world torn apart, faced with starvation, while being ruled by the upper elite. The plot highlights the struggles of life in these districts while the heavy handed government of Panam maintains order (and provides entertainment) by holding the annual Hunger Games -- a reminder that the capital holds the ultimate power, by stripping the districts of one adolescent male and female "tributes" who fight each other to the death while broadcasted on TV, to win the ultimate prize: their life.

The Hunger Games has many fans excited in anticipation of its release in theatres tomorrow. But the big buzz at the premier at Scotia Theatre last night  Ludwig, a Vancouver native, who stars in The Hunger Games as a Cato, a kid trained to be a killing machine.

"I wish I could be here more, the last time I was in Vancouver was over Christmas break," Ludwig, a former student at Collingwood School in West Vancouver, said.

"I like to chill around Dundarave -- the [Dundarave] Fish Market, by the Dundarave pier is great too. Mostly we just hang at our place a lot," he said genuinely, with one hand nervously in his pant pocket. 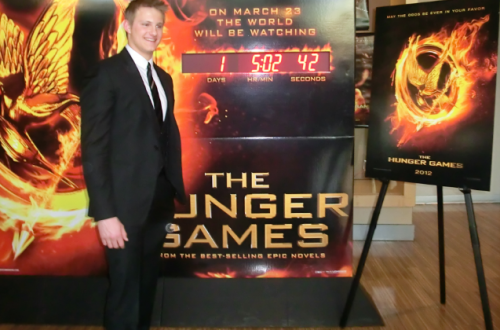 "I would absolutely love to permanently come back to Vancouver if I could. I'd love to raise a family here. Right now, the idea seems a little bit unlikely, but it would be great to be able to do so," Ludwig said. 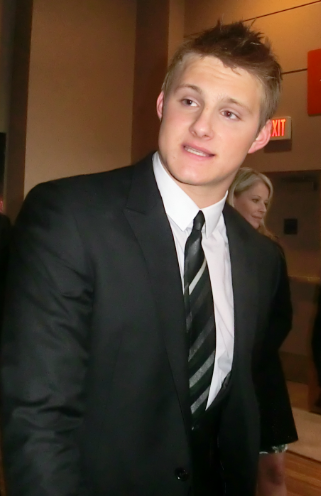 Suzanne Collins' award-winning book was adpated into a film with  beautiful  cinematography.  An opulent  capital stands in stark contrast to the grim struggle of residents in the industrial districts. Jennifer Lawrence does a good job portraying protagonist Katniss Everdeen's rebellion against authoritarian forces who host The Hunger Games.

Although it looks like The Hunger Games may already be completely sold out in theatres across Vancouver during its opening weekend, the movie is a must-see.

Be wary of bringing any electronic recording devices, though: the special screening of the film at the Scotiabank Theatre on Wednesday night quickly turned chaotic as viewers were forced to hand their cell phones to security staff members, who kept them in zip lock baggies. Viewers' excitement for the the Hunger Games film was quickly dashed at the end of the movie, as people had to form a long line to collect cell phones and other personal belongings: this was presumably to prevent any illegal recordings of The Hunger Games, but the way it was handled was a completely disorganized mess that annoyed many viewers.