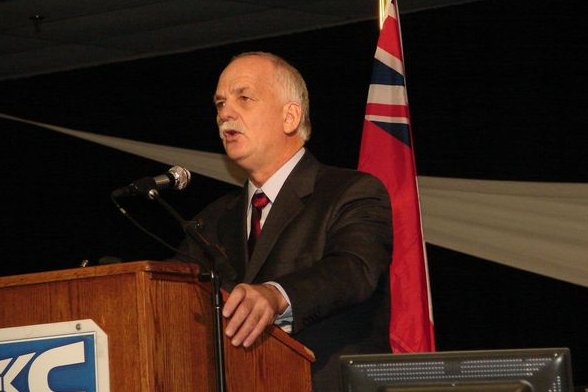 Public Safety Minister Vic Toews is getting bombarded with hilarious tweets and scandalous leaks on Twitter over his controversial "snoop and spy" bill that would give authorities access to citizens'  name, IP address, address and phone number -- without a warrent.

Toews created a stir by insisting that opponents of his new bill (Bill C-30, the "Protecting Children From Internet Predators Act") are siding with pedophiles.

In response, #TellVicEverything began trending on Twitter today, with users revealing trivial details about their personal lives to the Minister.

Here are some picks from the bunch:

"Dear @ToewsVic, It's a quarter after one. I'm a little drunk, and I need you now. #TellVicEverything," said Joseph Uranowski (@Uranowski). 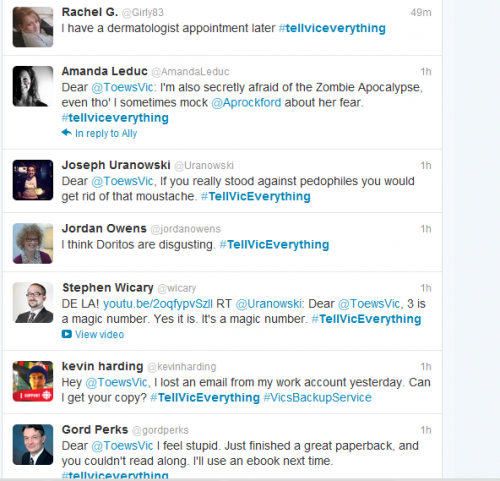 "Vic wants to know about you. Let's get to know Vic. Send your Vikileaks to [email protected]," reads its profile message.

The Minister tweeted in defiance that he won't stoop to the kinds of "gutter politics" being used to oppose his bill. The government, meanwhile, hinted on Wednesday that it's willing to consider tweaking the bill to make it less invasive.