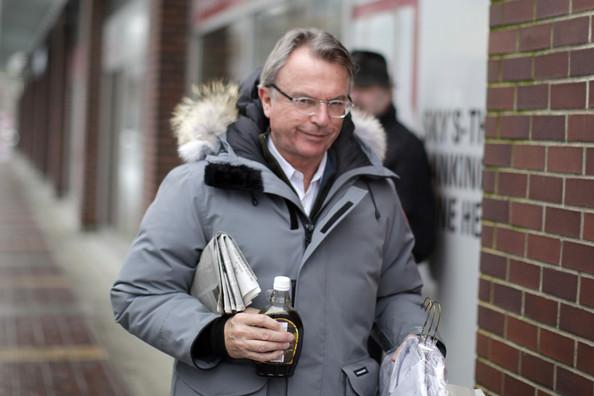 "Sam Neill picks up dry cleaning and a bottle of Canadian maple syrup while running errands on day off from filming 'Alcatraz' on January 20, 2012, in Vancouver, Canada". Photo courtesy of zimbio.com 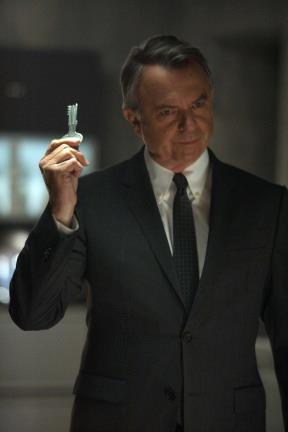 "I did a double take, and I thought to myself, 'Is that the actor from Jurassic Park? I love that movie,'" Chapman said, her voice turning high-pitched.

The 64-year-old actor has been in Vancouver since late August, digging up new grounds in the television series "Alcatraz," a "chilling" new thriller that revolves around America’s most notorious prison, alongside Sarah Jones and Jorge Garcia. 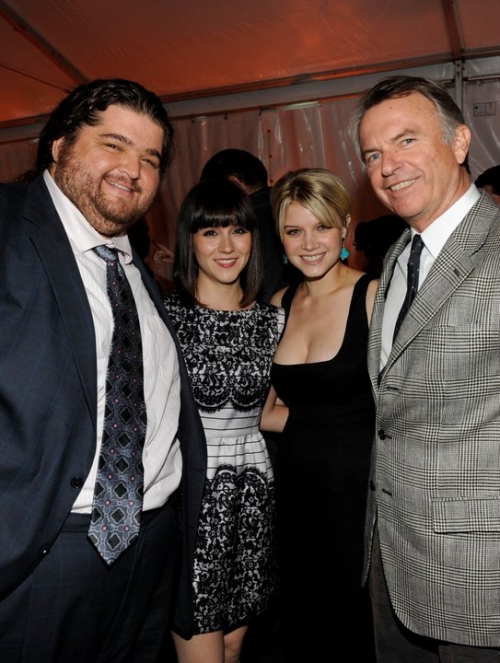 "I just kind of kept starring at his face to make sure it was him, and it was, and he saw me looking at him," Chapman said, bouncing her eyebrows up and down and folding her mouth to mimic Neill's facial expression at the time. "It was as if he was saying, 'Yes, yes, it's me. I'm Sam Neill."

In semi-dark jeans and a warm-looking jacket that hugged his neck, Neill was suprisingly tall, Chapman said. He hung out by the checkout counters at the front, alone, when she entered the store.

While Chapman maundered around the checkout area where Neill was, he vanished into the aisles, heading back to the store without a shopping basket. He walked fast, she said, as if to avoid any potential eye contact.

He quickly reappeared with fruit in his hands.

"I ran into him again at the checkout, he was in front of me when I was waiting in line," Chapman said.  "I think he was buying fruit, healthy food."

When he turned around, he saw Chapman looking at him, again. He gave her the same semi-awkward look while he shoved his money back in his pockets. Chapman could imagine him saying it again: "Yes, it's me, you're right. I'm Sam Neill..."

He took his food in a hurry and ran away.

"Alcatraz" is scheduled to film in Vancouver until February 1. For more information and showtimes, go here.