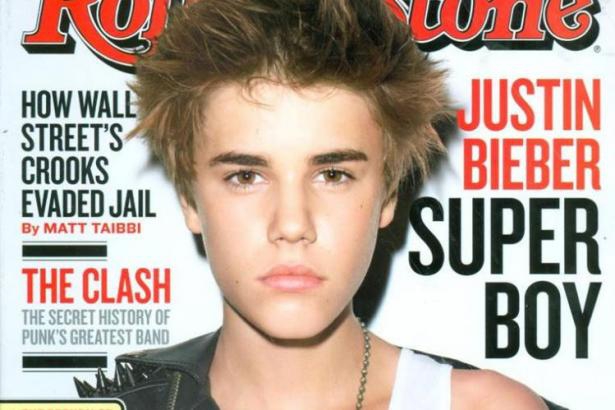 Whatever they're putting in Justin Bieber's Kool-Aid, it's working because I'm a fan, okay? Not the scream-out-loud-tears-on-my-face-OMGesus- it's-him-I-can't-breathe kind, but I respect the kid.

So, it only makes sense that for my end-of-the-year story, I focus on the one star on whom I've been focusing on all along: Justin Drew Bieber.

Here's a look (and a hair flip) back at some of Bieber's top moments of 2011, and a few reasons why I heart the Canadian teen pop sensation a little more this year.

He's known for his charitable heart, and this year was no exception. The 17-year-old Toronto-native donated $500,000 for Children's Wish Foundation of Canada, Sunnybrook Hospital and Project Medishare while "home for the holidays." Bieber helped raise funds for Haiti and Children's Wish through his "Believe Charity Drive," which launched in November with his holiday album, "Under The Mistletoe." He allocated a portion of the profits made from the record and his "Someday" perfume to various charities, including Pencils of Promise. 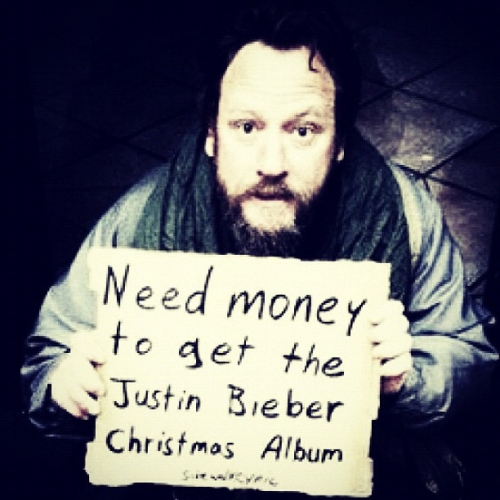 Just days before Christmas, Biebs made the eight-year-old Jake Schafer's, who has been diagnosed with quickly-spreading cancer last year, dream come true. His wish? To hang out with Biebs. Just after his regular round of chemo, Schafer got to skate with the pop star and half a dozen Maple Leafs at the Air Canada Centre. Read more about that story here. 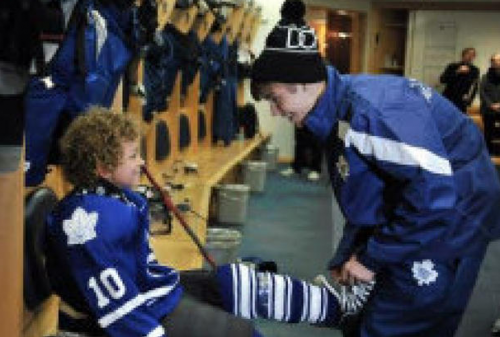 And the big Bieber loving doesn't stop there.

JBiebs performed for kids in Whitney Elementary this December, presenting the Las Vegas school with a $100,000 check and another $100,000 in toys from The Ellen DeGeneres Show. The episode is scheduled to air on Wednesday, January 4.

As part of "Justin Bieber Home For The Holidays" Christmas special, Bieber gave an acoustic Charity Concert at Toronto's Massey Hall, selling out one of the city's "finest" venues in minutes. He even performed a new song he wrote, "Be Alright." During the concert, Bieber brought his four-year-old half-sister, Jazmyn or "Jazzy," on stage. It was also at this concert that he  presented the $500,000 check for the three nonprofits mentioned above. 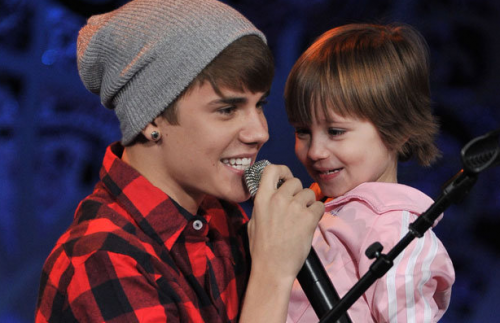 He took on Ludacris during charity basketball game in Atlanta, Georgia, in September where he raised funds for Ludacris Foundation.

It's no wonder then that the superstar made DoSomething.org's Top 20 Celebs Gone Good list, once again this year. He jumped from last year's number 10 spot to second place this year, second to only Lady Gaga, who's been first since 2010. 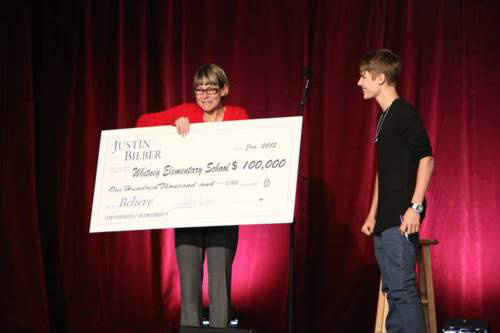 And he follows back

While some megastars seem to be more on the "stuck-up side" in the Twittersphere, following zero or eight people, JB follows and retweets (RTs) his fans all the time. He may have 15,875,878 followers but he's following 119,447 back. #SWAG

Raised in a single-parent household, Biebs has always been a "mama's boy."
And his mom is a one cool lady. At his every gig, his mama's always there, front row, rooting for her grownup "baby," ready to squeeze his big cheeks and give him a big hug, his one and only mama Pattie.

She's pictured second to the left below. 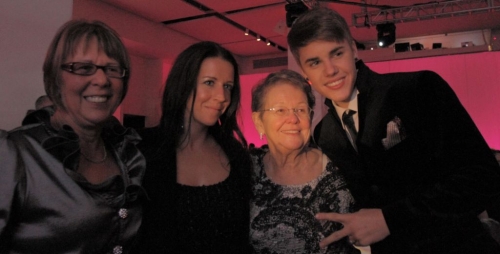 He's got that "mature" look

No longer side swept and flippable, gone is the famous "Bieber swish." Too bad. It was named one of the "most influential" hairstyles of 2011. “The fastest-rising searches for celebrity haircuts on Google are for Ms. Watson and Mr. Bieber," according to MTV. Ms. Watson is the Harry Potter lady with the pixie cut, Hermione Granger. Biebs even gave his famous swish to charity to auction. Now, he's rocking a much fresher look. It's still so de rigueur.

Also, gone are the bulky sweaters and sideways hats (well, not completely gone, I'm sure), but this was the year that JB donned sharp suits and bow ties, and with them the "mature" look. It really was the year our small town kid grew up. 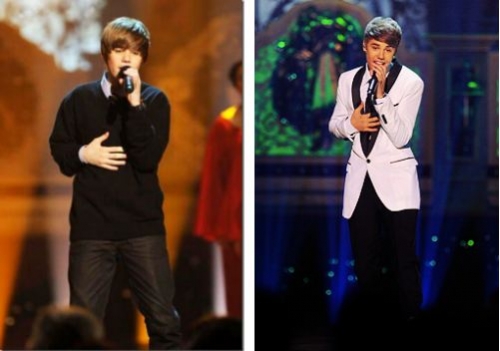 This year, Bieber got to sing, "Someday," with legendary Stevie Wonder. It's the song he used to croon in his hometown of Stratford, Ontario, four years ago. Talk about a "full circle" moment... 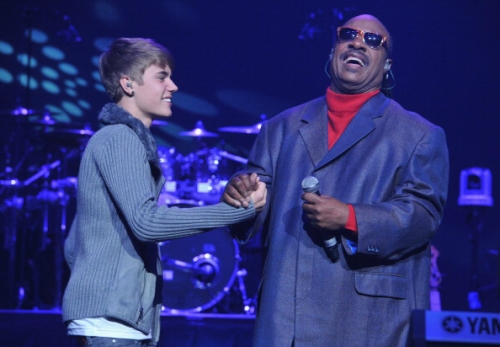 In November, Bieber duetted with Mariah Carey for her new single, "All I Want for Christmas Is You." See the video below. It really was the most beautiful time of the year....

Bieber performed for President Barack Obama and his family at the 30th annual "Christmas in Washington" concert. It was his second time to sing at the concert. 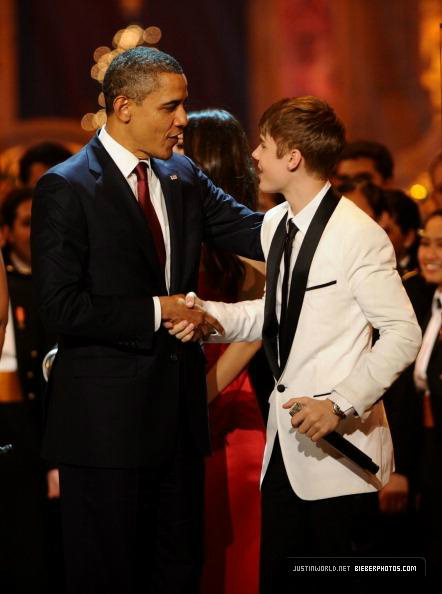 Bieber loves to goof around, especially with his longtime buddies. During the holidays, the group hung out at what seems to be JB's place (his name is engraved in golden letters inside wall frame at the back) and got to make new memories with his besties. Nothing like a good bromance on a cold winter's day..... 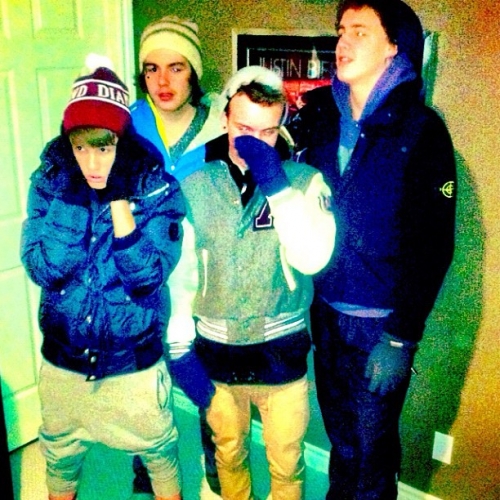 Justin's "Someday" videos may have been a spray or two creepy, but they allowed any girl (or boy) to be acknowledged by the "huge megastar." Below, Bieber is about to squirt pink hearts all over my five-year-old face. Could he be exploiting his fan base? Not when it's for charity, right? And when Justin Bieber's dreamy brown eyes are only looking at you.... 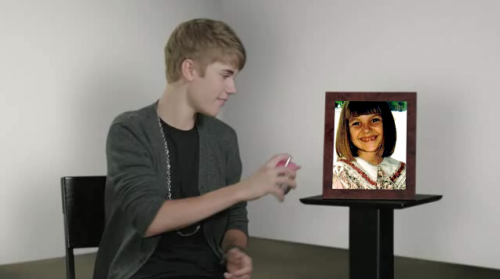 His fragrance won "Product of the Year" at the WWD Beauty Inc Awards in the Mass category on December 8. Duh, we saw that one coming.... 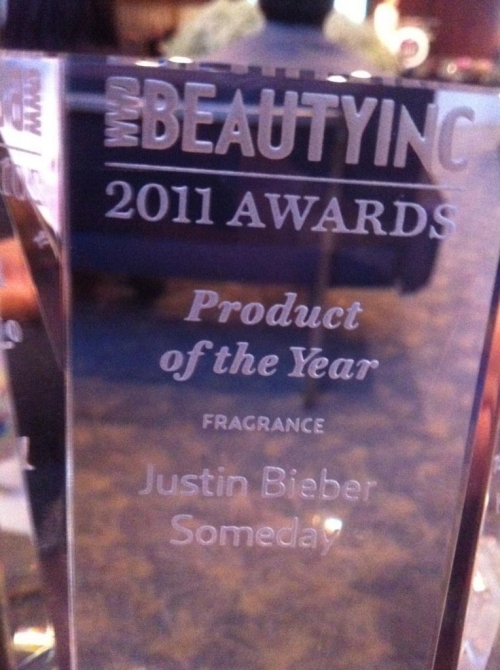 Teen heartthrob got his childhood friend Ryan Butler a Ford Mustang for Christmas. "Justin got me a present. #swag!!!" overwhelmed Butler tweeted Christmas day, attaching the photo below. 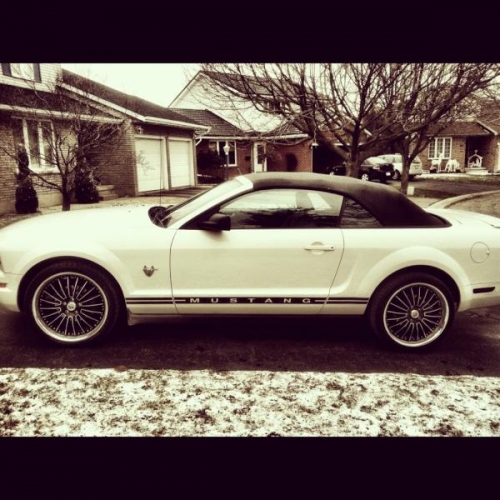 JB appeared on the cover of Rolling Stone magazine in February, bad boy style, where he talked sex, politics, music and puberty.

While on the magazine shoot, Bieber managed to walk through a staged brick wall. Impressive. 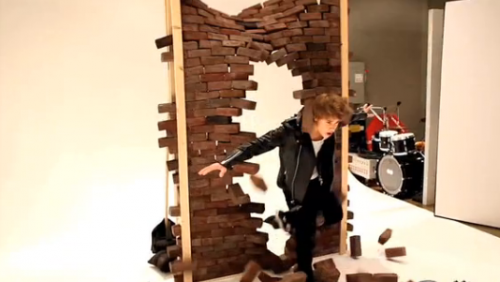 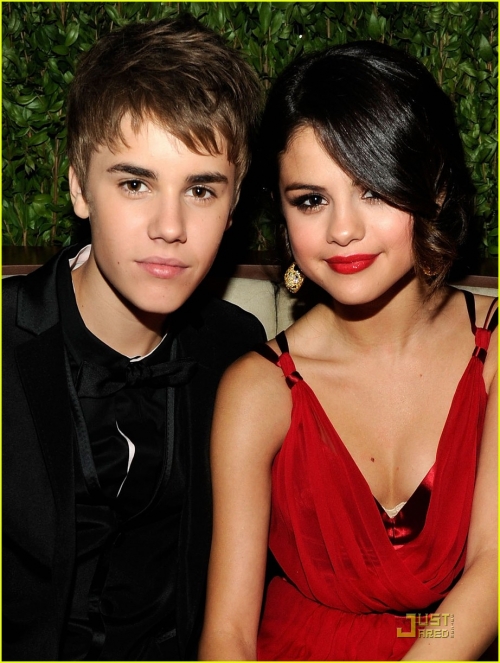 There was some serious butt grabbing going on near the Pacific Ocean when JBiebz and Gomez fled to Hawaii, the island of Maui, in May for some private time. Thanks to keen paparazzi, the pair could be seen fondling each other on various occasions throughout their stay.

Their heavier-than-normal PDA made worldwide headlines. Even India Times talked about it. Seriously, it was huge. The news, I mean. 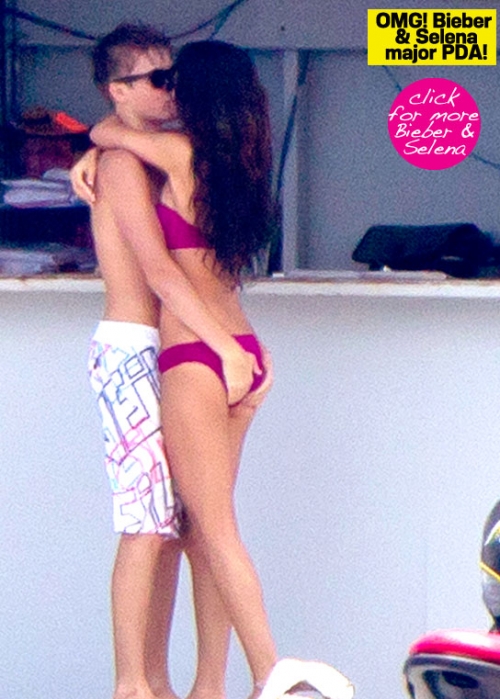 After eight months of dating, Jelena felt it was time to bring another member into the fam: a puppy. Ready to take it to the next step, the couple quickly grabbed their stuff and flew to D'Arcy's Animal Rescue Centre in Winnipeg. They named him Baylor. 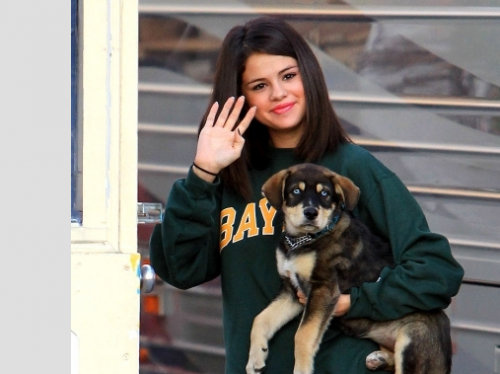 When grody Mariah Yeater announced that Bieber fathered her child, beliebers were like, "Hell to the no." From paternity tests to weird cellophane photos, it was a whack situation. JB ignored the scuttlebutt and didn't cave in, saying he would sue her over the dirty allegations if the DNA tests came out negative. He really is "super boy".... 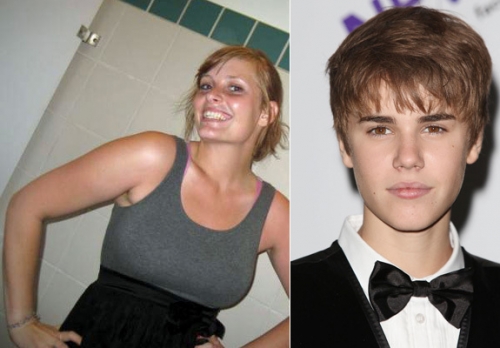 Bieber prooved he could shoot hoops when he showed off his skills on the court in the NBA All-Star Weekend in February. Now, those skills are taking him to the big screen in a basketball drama with Mark Wahlberg. He was spotted courtside watching Toronto Raptors game in Toronto Wednesday. 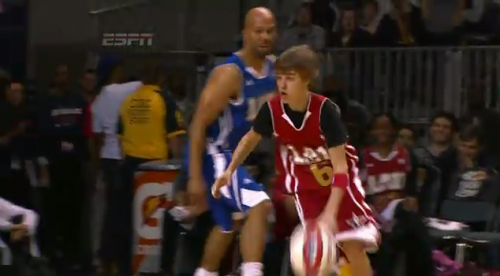