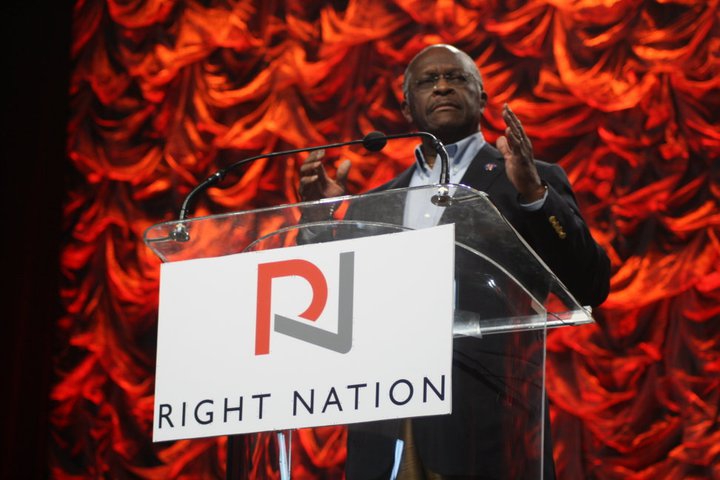 During the call, he reportedly said that his decision will be based on support in the midst of election drama, if the allegation will create "too much of a cloud, in some people's minds, as to whether or not they would be able to support [them] going forth" and his family," CBS News added.

He told his senior staff over a five-minute conference call that he would complete the assessment "over the next several days," according to the news source.

While Cain described his relationship with Ginger White, "just a friendship relationship," he said that he "now know[s] that she wasn't the friend that [he] thought she was."

Was that really all there was to it? Read more here.

Cain's peeps are backing him up. Lori Klein, Cain's Arizona state chairman and Arizona state Senator, told CBS News that she's known him for 12 years, and he's "never been anything but a gentlemen – and I am not an unattractive woman."