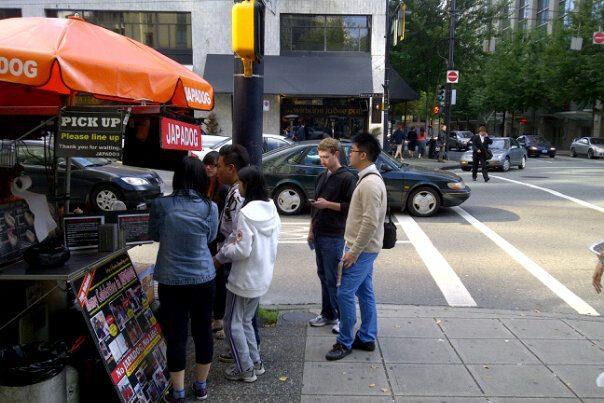 Zuckerberg lines up for a Japa Dog on Burrard Street, Photo courtesy of Dmitri Kondratev

Mark Zuckerberg was spotted lining up for a Japa Dog on Burrard Street in Vancouver on Sunday.

"Gazillionaire Mark Zuckerberg getting a Japadog on Burrard St. In #Vancouver. Really blends into his surroundings," Dmitri Kondratev tweeted, attaching the photo above. " He's just wearing runners! They aren't even made of gold and diamonds..." @vancontests added.

At last. Some proof.

Though it's still unknown why exactly he was here in the first place, Hootsuite CEO Ryan Holmes cleared up one thing:

"I knew it! He's here to buyout Japadog, not hootsuite," Doug Cheng joked.