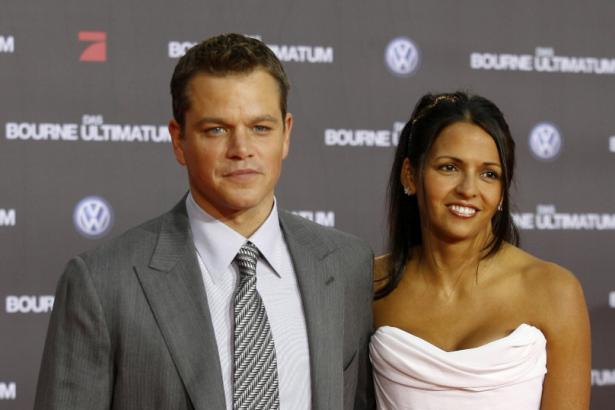 It's true. Matt Damon and wife Luciana Bozán Barroso are renting a house in Vancouver for the summer. But where? And why? We speculate:

"Over in Whalley, my sources tell me. North Whalley," Derek Zeisman told the Vancouver Observer on Facebook.

Whalley district is located in the north west corner of Surrey.

"My co-worker's kid ran into him outside the men's room by the Grind about two-three weeks ago. Facebooked the photo and everything," Lori Varrin Kidwell said.

"They are always at Grouse. Been here all summer," @therealkali added.

"I work at Grouse. He's there a few times a week. Friends have served him. I only work nights and he goes during the day a lot. WestVan house."

The couple even hosted friends John Krasinski and wife Emily Blunt recently, and, "among the many spots on their itinerary, Grouse Mountain, where the foursome went hiking" People reports.

"I saw him in west van last weekend!" ﻿﻿@whatsupvancity said.

The 40-year-old megastar, along with Jodie Foster, is in town to film "Elysium," a sci-fi flick by District 9 director Neill Blomkamp to come out in 2013. Filming is scheduled to run from July 25 to September 27, reports CTV News.