“Lance and I are very excited to finally be able to have the opportunity to marry in our home state after many years together.”

Famed designer Michael Kors is set to marry his longtime partner, Lance LePere after more than two decades together. This exciting news was announced shortly after Govenor Andrew Cuomo signed a bill legalizing gay marriage in New York on July 24.

The Project Runway judge fell in love shortly after LePere started interning for him in the early 1990's. 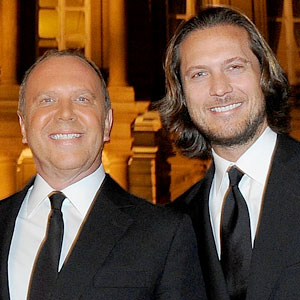 But don't expect to see photos of their wedding ceremony.

“We have no plans for a major party, but we will be getting married privately.”

Despite the low-key ceremony, we're sure that the fashionable pair will look amazing on their special day.

Here's to the happy couple -- 20 years and counting.