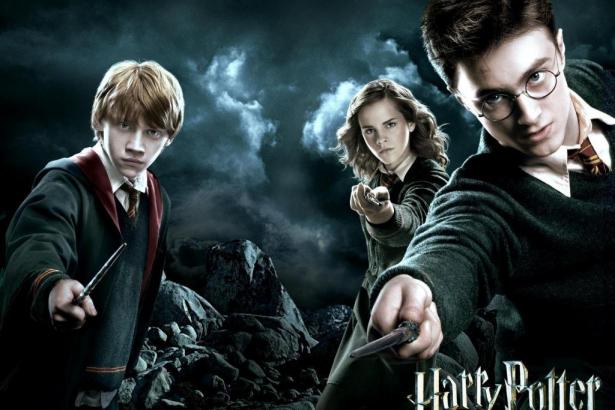 "Yeah. Fortunately The Rio has 100 tickets being sold the day of. It'll be in 3D, and they have special edition Harry glasses for it,"  Adamson wrote.

And Warner Brothers Pictures’ says that “Harry Potter and the Deathly Hallows – Part 2” has already broken several records in the days leading up to the series finale’s hugely anticipated release.  The announcement was made today by Dan Fellman, President, Warner Bros. Pictures Domestic Distribution.

Advance ticket sales have skyrocketed to more than $32 million, a new pre-opening record.  Many midnight and first-day show times are already sold out across the country, despite the fact that the movie will be showing on more than 11,000 screens in 4,375 locations—both marking records for the Harry Potter series—with more than 3,800 locations opening the film at midnight on Thursday night.  Breaking another industry record, the film is being released on 274 IMAX screens nationwide.

The very first Harry Potter movie to be released in 3D, “Harry Potter and the Deathly Hallows – Part 2” will be shown in 3D at more than 3,000 locations.  In a nod to one of the most iconic features of the title character, special commemorative Harry Potter 3D glasses will be given free to fans attending select 3D midnight showings, while supplies last.

In making the announcement, Fellman stated, “We appreciate the loyalty of Harry Potter fans and understand that they have been waiting 10 years for this moment.  We can’t wait to show them the movie, which we believe delivers on every level, so we are putting the film out on as many screens as possible in an effort to satisfy demand from coast to coast.  We want to ensure that fans who have been counting down to the finale will have every chance to see it, early and often, and we hope that they will take advantage of the opportunity to watch all their favorite characters in 3D for the first time, which is an experience not-to-be-missed.”

“Harry Potter and the Deathly Hallows – Part 2,” is the final adventure in the Harry Potter film series.  In the epic finale, the battle between the good and evil forces of the wizarding world escalates into an all-out war.  The stakes have never been higher and no one is safe.  But it is Harry Potter who may be called upon to make the ultimate sacrifice as he draws closer to the climactic showdown with Lord Voldemort.  It all ends here.

“Harry Potter and the Deathly Hallows – Part 2” was directed by David Yates, and produced by David Heyman, David Barron and J.K. Rowling.  Steve Kloves adapted the screenplay, based on the novel by J.K. Rowling.  Lionel Wigram is the executive producer.

“Harry Potter and the Deathly Hallows – Part 2” is the first Harry Potter film to be released in both 3D and 2D.  Concurrently with its nationwide theatrical distribution, the film will be released in select IMAX® theatres.  The film has been digitally re-mastered into the unparalleled image and sound quality of The IMAX Experience® through proprietary IMAX DMR® technology.

The film is being distributed worldwide by Warner Bros. Pictures, a Warner Bros. Entertainment Company, and it opens nationwide on July 15.