The organizers are holding the event annually after the first event last year had a big turnout.

"Last year was great -- it was a huge success. We had to do two truck loads. This tree was buried, almost half way up, all the way around. It was awesome," clinic co-owner Janiece Wiens said, pointing to the beautifully decorated tree. Wiens said they were bringing a special guest, HGTV host and former Bachelorette Jillian Harris, who was, as we spoke, filming W Network's Love It Or List It Vancouver. 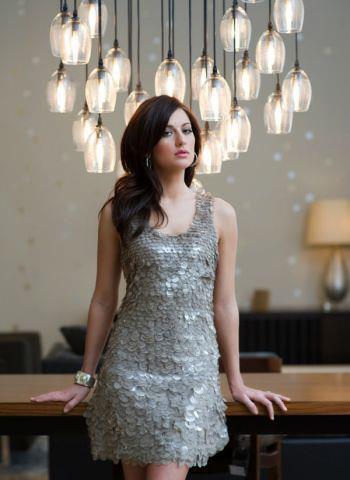 So, what's a coat worth? A lot, when you're an underprivileged, living, breathing human being on this planet and it's freezing cold on Christmas.

That's the kind of thinking that brought a community together, one brisk December night. People collected coats, toys and non-perishable food items to support the causes on 777 Hornby Street, with their minimum $20 donations. Urban Body Laser gifted every donor with $150 worth of treatments. Local businesses pitched in, donating a variety of prizes, including diamond earrings and a trip to Las Vegas.

They might not have the long, plush white beard and that sweet 'Ho, Ho, Ho' laugh, but the community's got Santa's heart. Warm feelings, all around.