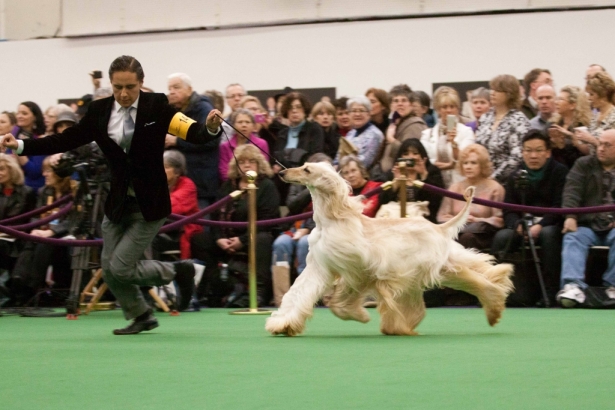 New York. They say if you can make it there, you'll make it anywhere. The same must hold true for dogs. That's the kind of thinking that brought a pack of dream-filled canines to the prestigious Westminster Kennel Club Dog Show, the 137th 'Annual All Breed Dog Show'.

They are cute. They are furry. And they rack up awards with their good looks and well-mannered charm.

Pampered pooches with shiny coats and diva tail-wagging walks, strut their stuff, sweeping the audiences away at the 137th Westminster Kennel Club Dog Show, which was held in New York on February 11 and 12. 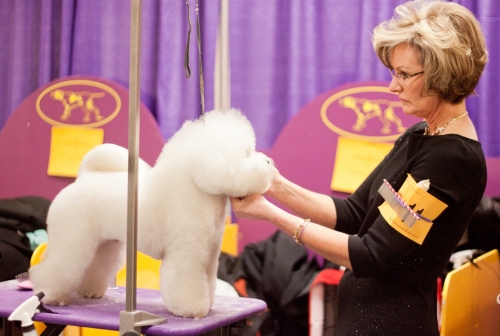 Masumi Snyder, owner of Twilight Traveler Corp. and coordinator and translator for Japanese tourists and media, had the privilege to attend the popular event. She reported back with beautiful photos and commentary. "I was happy to be in NY to enjoy the show," said Snyder.

One-hundred-and-eighty-seven breeds and 2,721 dogs were entered into the competition. 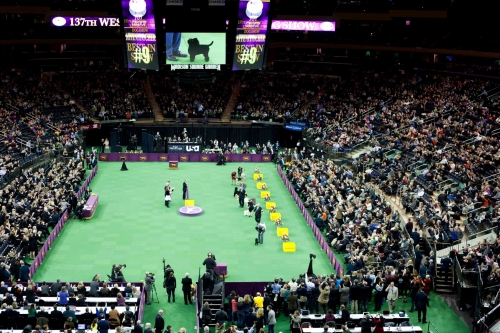 Among the pack, a four-legged competitor from Vancouver, who, with strong dreams to become top dog, repped his city effortlessly.

The basic purpose of dog shows is to facilitate the evaluation of breeding stock for use in producing the next generations.

Each breed's parent club creates a STANDARD, a written description of the ideal specimen of that breed. Generally relating form to function, i.e., the original function that the dog was bred to perform, most standards describe general appearance, movement, temperament, and specific physical traits such as height and weight, coat, colors, eye color and shape, ear shape and placement, feet, tail, and more. Some standards can be very specific, some can be rather general and leave much room for individual interpretation by judges. This results in the sport's subjective basis: one judge, applying his or her interpretation of the standard, giving his or her opinion of the best dog on that particular day. Standards are written, maintained and owned by the parent clubs of each breed. — Westminster Kennel Club

Three-year-old Boston Terrier Ch Dorkay's Mack Daddy, who's, currently, number one Boston Terrier in Canada's dog show world, came all the way from Langley, BC, to compete. This was his first show at Westminster.

Snyder dished about his breeders. "Kathy and Sarah's breeding policy for the dogs' health is quite strict. They check the Juvenile cataract, hearing, patella, hearts, DNA, etc. in US before they breed, " she said, adding that "it's not easy for us to get a puppy from them.

While he didn't win, Snyder "hope[s] they will be the best in the group next time."

Check out his well-defined leg muscles.... 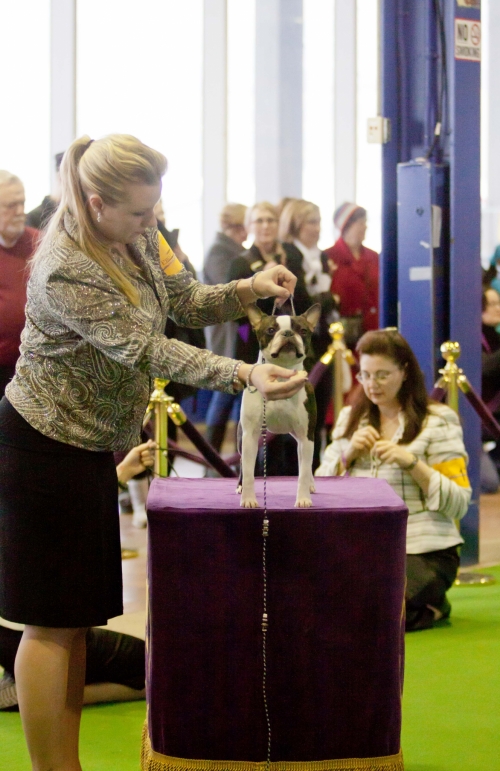 In the end, the trophy went to an Affenpinscher, GCH Banana Joe V Tani Kazari a.k.a. Banana Joe, the small black dog pictured below, who won Best in Show... Not a Vancouverite, but we want to squeeze Banana Joe just the same.... 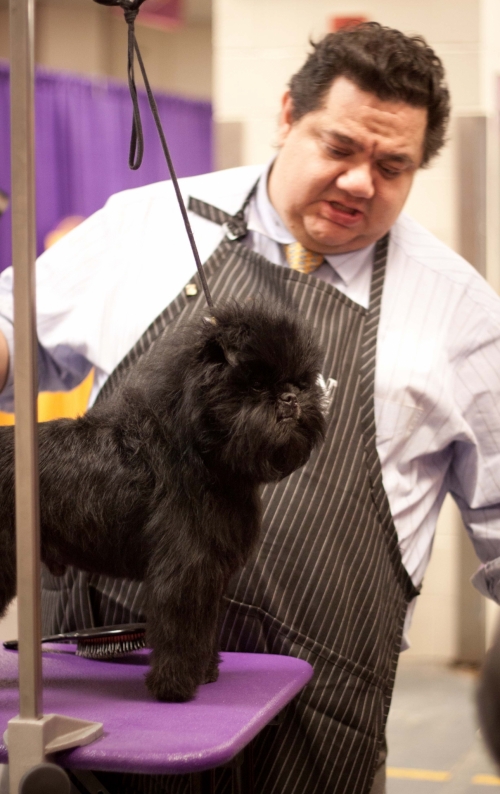 "You'd be surprised how much handlers care about their dogs," Snyder continued.

"It was just amazing to see the connection between the dogs and their owners. I was so impressed by how some of the handlers communicated with their dogs. They are really good at relaxing the dogs and how to givethe most attractive moment of the dogs to the judges." 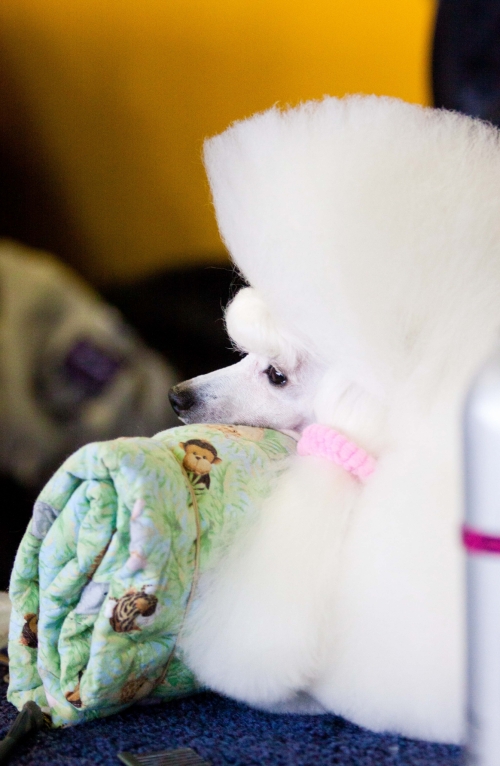 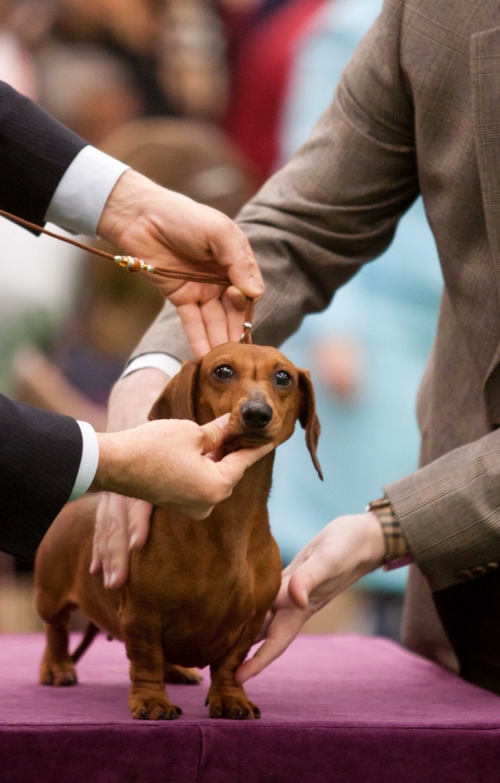 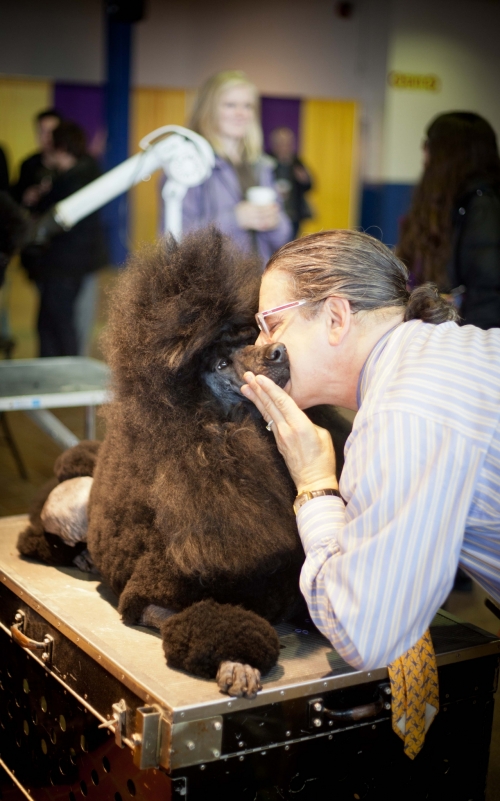