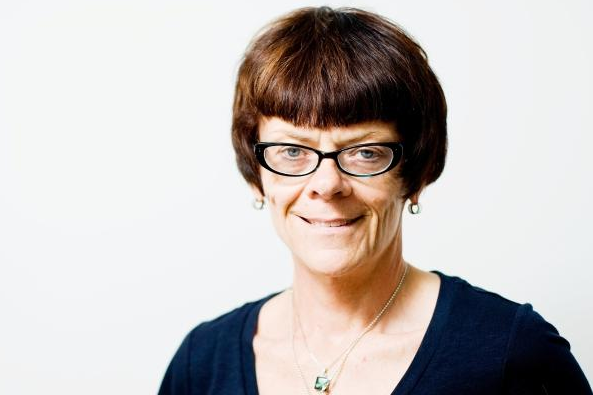 National Post columnist Christie Blatchford has done it again.  After her infamous opinion piece criticizing former NDP leader Jack Layton just after his death, she set off another social media firestorm by suggesting that Toronto is filled with girly men in her latest column, "Toronto, City of Sissies".

She recounted seeing two groups of young boys -- "maybe 10 years old, maybe 12" -- embracing each other on the street on Yonge Street in Toronto. Rather than being touched by the scene, she took it as a bright red flag, a sign that the male species needed "toughening up".

"Toronto likes its men delicate, slender and arch, not sportif unless le sport in question is maybe badminton," she writes.

"And if those little boys I saw on Yonge Street are any indication, Toronto is even now about to achieve perfection in this coming generation."

After suggesting that hugs between men were inappropriate, Blatchford drew angry and sarcastic reactions from readers on social media.

"Christie Blatchford's column about Toronto being a "city of sissies" was really mean. She hurt my feelings," tweeted CBC host Jian Ghomeshi.

"Christie Blatchford has inspired me to be more 1950's macho. My first act as a new man is to wonder who gave a dame a newspaper column?" commented Joshua Hind, calling the veteran columnist "Canada's highest paid troll".

"In honour of Christie Blatchford's journalistic insight I will be hugging men at @CardinalRuleTO all night long tonite, especially fey ones," joked @AndrewAwesome76.

If Blatchford finds Toronto too effeminate, what would she think of certain neighbourhoods in Vancouver?

A few National Post readers defended Blatchford, but most expressed strongly critical views of her column.

Meanwhile, a new Facebook page, "Christie Blatchford Needs a Hug", encourages people to give her a hug the next time they see her walking down the street in Toronto.