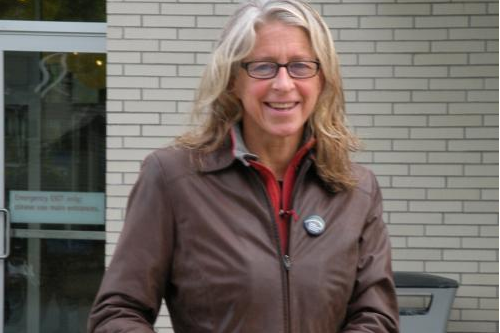 Amy Robertson has her hands full. Apart from being the Mayor's wife, she's a mom, an artist, a doula, an athlete and a board member.

On Cortes Island, one single mom had to move three times in six months to find a house that didn’t trigger her allergies. Many people helped with one of the moves, several people helped with two, but only Amy Robertson was there for all three. During her seven years on Cortes, Amy served on the parent committee of her children’s school, read to seniors and spent up to six hours a day in her garden. Her house was the after school magnet, with the trampoline, the dock, the home-made bread and three very high energy kids.

One of the things Amy is good at is board service. She serves on the board of the Take a Hike Foundation, an organization that supports at-risk youth and their families. Her involvement began when her oldest daughter had a friend in need of a new foster home. Amy took the sixteen-year-old boy into her home for two years. Take a Hike helped her parent by emphasizing accountability and ensuring that her son got his homework done at school. The program takes youth on out trips where they develop confidence in themselves and each other, and “shows kids the amazingness of outdoors BC.”

“Take a Hike was so helpful,” Amy said. “I wanted to be a part of it.” She has served on the Take a Hike Foundation Board for over two years, helping the program to expand to serve school districts beyond Vancouver. 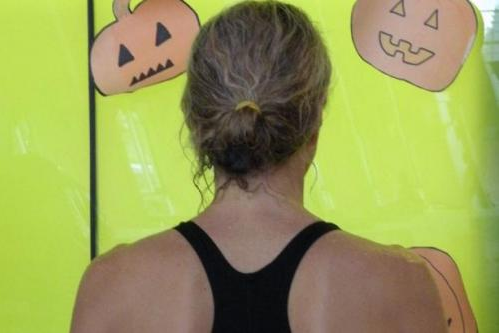 Amy swims a mile at least three times a week and does yoga for an hour every the morning. "I have a lot of energy to burn off," she explains.

Amy served on the Vancouver Farmers Market board as well, a continuation of her farmer roots. She and Gregor raised fallow deer in the Fraser Valley for four years before starting vegetable crops to create and supply Happy Planet Juice Company. They partnered with five other farms to sell local organic produce wholesale in Vancouver.

On Cortes Island, Amy grew a garden the size of a city lot and also served on the board of the Linnaea Farm Society, an organic farm land trust with an educational mission. When the Robertsons moved to Vancouver, she learned that the Vancouver Farmers Market needed new board members. She served for 6 years until mandatory term limits ended her stint. She helped expand the urban markets, improve communication with vendors and develop the first fundraising fall feast. At this year’s feast, she received warm applause that even the Mayor himself could envy.

Amy’s latest endeavour was certification as a doula, acting as a support for mothers and couples during childbirth. When I asked her why she became a doula, she joked, “I really wanted to be a vet but I didn’t like the term ‘animal husbandry.’”