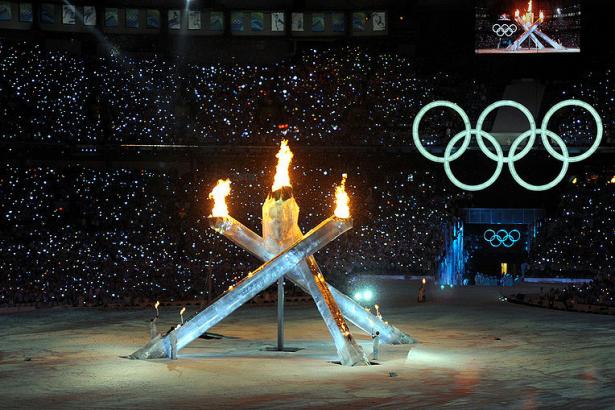 This Saturday from 9 am to 11 pm, Robson Street will be bustling with excitement: live music, art, free skating, street hockey. Robson will be closed between Howe and Seymour, so come experience the magic and feel the Olympic spirit once more. The official anniversary ceremony will begin at 11:30 am with special appearances from Olympic athletes.

A display of 2010 Olympic medals will be at the Royal Canadian Mint's Granville Street boutique (752 Granville St.) until Sunday.

LunarFest's Lantern-Making Workshops will be open in the afternoon from 3 to 6 pm on Saturday, so come and make a lantern for free. The LunarFest procession will start at 6:30 pm and go until 7:30 pm. Also from 8pm, there will be the Shadow Puppetry Showcase at the Vancouver Art Gallery. And don't forget to stop at the CIBC Pavillion for free hot drinks and a rabbit lantern (with a small donation to the Vancouver Aquarium). Bring a camera for the ICBC Photo Contest.

The lighting of the Olympic Cauldron will begin at 4 pm at Jack Poole Plaza, so come and experience that special moment that started it all.

At Stanley Park's Lost Lagoon, Canadian flag's 52-foot flagpole will be lit for the anniversary weekend.

In addition, come to a street party for Illuminate Yaletown. It's the 2nd annual Illuminaries Light Festival. There will be free entertainment, light installations.