When  Maclean's published "Too Asian?" students at UBC started talking and a number of professors used the article as a teachable moment.

But as far as I know there was only one professor at UBC who challenged his class to respond to the Maclean's piece creatively.

When Dr. Ray Hsu threw down the gauntlet before his Asian Canadian writing class, there was a collective desire among his diverse students (and I was one of them) to do just that: respond. And to do so as a group.

But how? We bandied several ideas about, but realized that everything we'd come up with would all take a lot of time, too much time. But none of us wanted to just let it go. It's not often that a professor offers you a chance to do something you really want to do, and for class credit, after all.

That's when I, Tetsuro Shigematsu, a.k.a Shiggy of YouTube's ShiggyTV,  a creative writing MFA student, suggested that our class do a cover of the classic eighties charity single, "We Are the World." 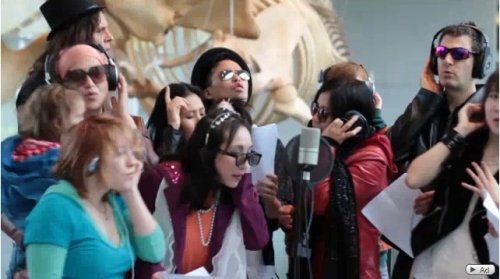 The lyrics were emailed the night before and the class was asked to show up with headphones, sunglasses and rock and roll outfits. There wasn't the time, nor were we inclined, to ask for permission to shoot on campus. Instead, we snuck into places like the Chan Center and shot footage until we were asked to leave, and then we continued to shoot. Dr. Ray Hsu became an uncanny vision of Michael Jackson standing in front of a whale skeleton at UBC's Biodiversity Museum. We also recruited offspring. 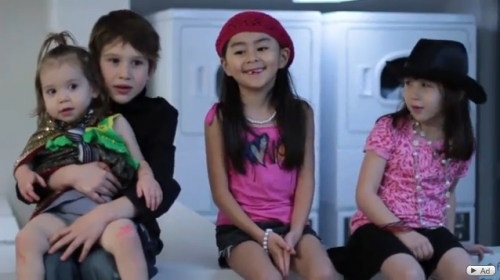 Dr. Henry Yu referred to this clip as "a new kind of politics."  Dr. Yu had the insight to recognize  that in the age of the Daily Show and the Colbert Report, angry students carrying signs would not be effective. The audience was online, so that's where the students would need to fight the fight.

There was recognition among students at UBC that this was a once in a generation opportunity  to come together in solidarity over one of the defining issues of our time. This was our Woodstock. And luckily for us, the game was no longer rigged in favour of multinational conglomerates who have billions of dollars to spend polishing their corporate image. Instead, those who possess the best instincts can reach the widest possible audience. All it takes is a professor like Dr. Ray Hsu to remove the obstacles and conspire with students like us. 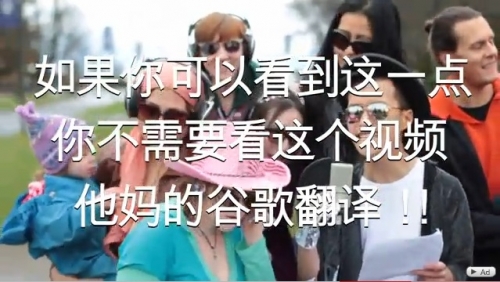