Justin Bieber through the eyes of a Belieber 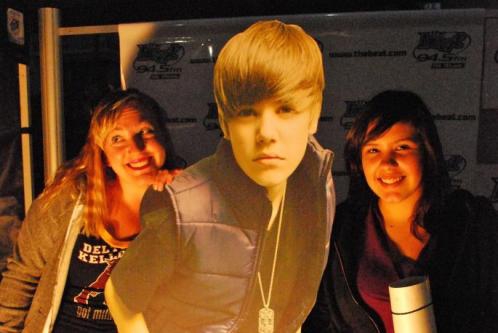 "Wow, that's really 80's," Raven says dubiously as I apply some bright blue eye shadow to go with my crimped hair.  "The 80's are back, big time," I assure her, knowing deep down that whether or not the era is back, I should have outgrown it by now.

Raven and I were getting ready to see teen heartthrob Justin Bieber on his Vancouver visit.  The wonderful folks at Universal Music Canada had given us some tickets to the show, helping me fulfill a promise I'd made to Raven when she was in my elementary class last year: Raven had spoken of him endlessly, tirelessly, and with the kind of devotion that I wish I had for, well, really for anything anymore. 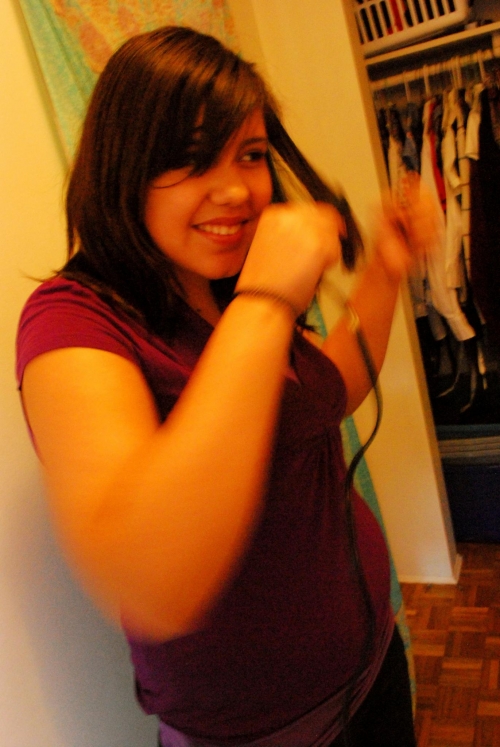 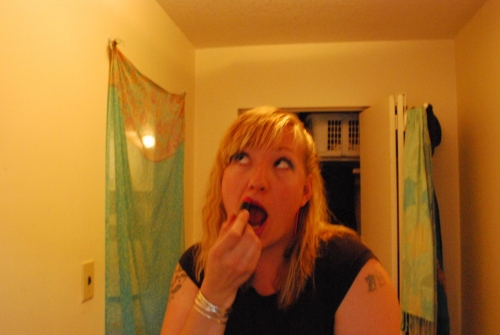 Justin Bieber is a familiar phenomenon. What generation hasn't had its Beatles, its Elvises, New Kids on the Blocks and Backstreet Boys?  It's a coming of age ritual for girls to pin those pictures above their beds, in their lockers, and these days, all over the web.  When I ask Raven why she loves Justin Bieber so much, her answer boils down to good songs, cute looks and, of course, great hair.  When I ask her whether he treats women respectfully she gets a little confused, but knows for sure that if he asked her on a date she’d scream. 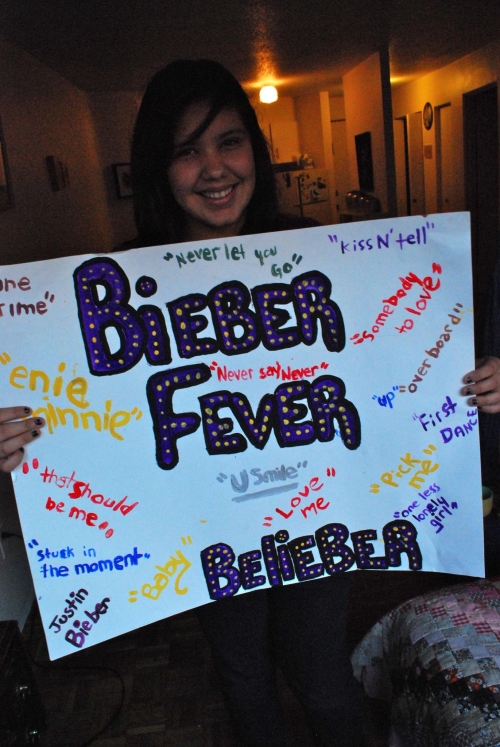 Raven and I are both at significant points in our lives.  She's turning 13, I'm turning 30: it’s kind of scary for me, but if I remember correctly, it’s even scarier being twelve. Not only are you worrying about looking cool and having boys like you – both of which I’ve always fallen painfully short at - but there’s the pressure of school, of home, of your impending future.  You’re not a kid, you’re not an adult, and in the words of Raven, you’re “expected to do all these things…[like] act like an adult, but you can't really do that cause you're only twelve.  It's overwhelming.”

Raven isn't sure what to expect in the next few years, and when I ask her, she is distracted by the crow migration overhead as we walk to the skytrain.  "When a crow dies they all know and they circle around him," she tells me solemnly.  And then the next minute she's all excited again, showing off the poster she and her cousin made, featuring the names of all their favorite Bieber songs.  On the skytrain she exchanges knowing looks with some other young girls wearing Bieber's pudgy little face on their chests.  "They're going to the concert too," she whispers to me. Beliebers recognize Beliebers. 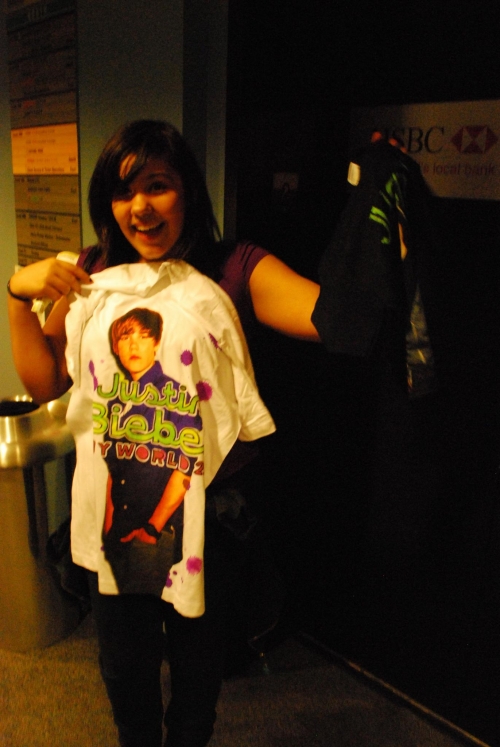 And that was definitely the energy at the show: twenty five thousand pre-teens all in one place, all dying to see him.  The t-shirt line-up alone was pretty intimidating, and I did some things that I'm not proud of to get shirts for Raven and her sister.  But when Justin Bieber hit the stage, even the girls I’d strong-armed were smiling, because HE was finally here. And despite a goofy haircut, the kid can sing, dance and melt them young hearts like nobody else.  For goodness sakes, he had a suspended metal heart that carried him and his guitar all over Rogers Arena so each and every girl could get a look at him.  That’s commitment.  And everything he gave them, they took.  Every word, every note, every PSA telling them not to text and drive.  Those young minds were like sponges, ready to do or buy whatever The Biebs told them.

Part of me wishes I were still twelve, that I could still get excited over cute boys and go to concerts without earplugs.  Part of me misses that time of anticipation where anything seems possible and mistakes haven’t been made yet.  The other part is grateful for the wisdom, confidence and grounding that come with experience: mistakes are lessons, after all.  Raven is a bright girl with a promising future and I have high hopes for her.  I just hope that she’ll always surround herself with the kind of people who’ll know when she’s in trouble, and will circle around her. 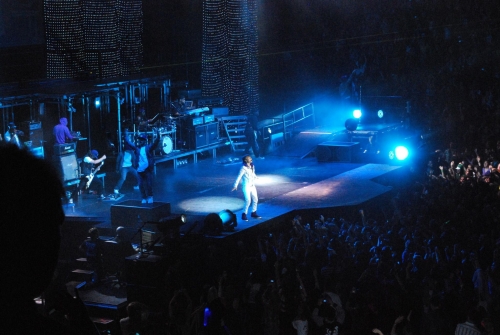