You might have been wondering if anything interesting has been going on in the tech-o-sphere. One word: iPad.

I'm an Apple fanboy. I love my Mac and the thought of returning to the computing Purgatory of Windows would be a fate worse than death. That said, I was lukewarm on Apple's iPad when it was announced. If you haven't seen or read anything about the iPad, picture a giant iPhone or iPod Touch. That picture in mind is all we had to go on until April 3rd (iPad Day in the U.S.) The iPad has been heralded as the savior to publishing (which is good for those of us writing books) and the next revolution in computing.

And I didn't buy it. At least not entirely.

Oh sure I thought they were cool. Since Apple changed how we use phones with the launch of the iPhone, there is a track record there that can't be denied. This didn't change the fact that until people got their hands on them, they wouldn't know what the iPad would really be like.

In the days leading up to April 3rd, more and more journalists published reviews of the iPad and much to my surprise the reviews were positive. Glowingly positive.

As iPad Day in the U.S. rolled around and everyday people got their hands on iPads, the same thing happened. I know that mostly Apple fanboys/girls are doing the buying at this point, but there should be some folks saying "yeah it's cool, but…".

I got my chance to test out an iPad the week before and while I didn't get much time with it I can say that it is an amazing device that will change how we use computers. Similar to how since the release of the iPhone the most popular cell phones are touch-sensitive, the iPad is going to change how we do things. The iPad really does fulfill the promise of netbooks: a small, light computer that is great for checking email, looking up something online, or reading a book.

Here in Canada, unless you want to drive to the U.S., we won't get the iPad until later in April. But that's okay, I can wait. 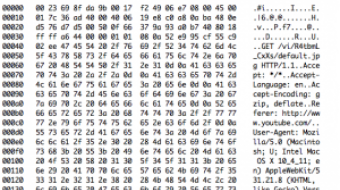 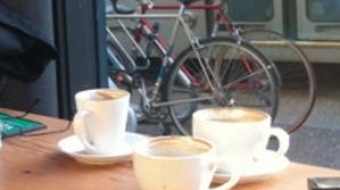 While in Vancouver Enjoy the Olympics with a Cup of Coffee

Trust me, the buzz you get from caffeine isn't half as great as the buzz you'll get from the people hanging out at Vancouver's awesome coffee shops. (photo by Danny Robinson of Bootup Labs)
Tris HusseyFeb 20th, 2010
Speak up about this article on Facebook or Twitter. Do this by liking Vancouver Observer on Facebook or following us @Vanobserver on Twitter. We'd love to hear from you.