Can Alex Edler step up and become an elite NHL defenceman?

Forget firing the coach. Forget fixing the power play. Forget trading one of the goalies for a top six winger. Forget trading away players in the top six to find chemistry. Forget adding defensive depth. The Canucks have one need this offseason: an elite NHL defenseman.

The Canucks have a great, what should be, second pairing with Dan Hamhuis and Kevin Bieksa and a solid third pairing with Keith Ballard and Chris Tanev. Throw in Sami Salo, if he re-signs, and you’re looking pretty good. But without a true shutdown, take over the game defenseman to put out there at crunch time, the Canucks defensive corps cannot be considered elite.

While writing this article, I stumbled on a stat that I’ve never heard reported for -- a stat that illustrates the importance of the franchise defenseman:

Of the last 35 Stanley Cup champions, only three teams – the 1990 Oilers, the 1993 Montreal Canadiens and the 2006 Carolina Hurricanes – did not have an elite defenseman.

You might confuse it with a list of first ballot hall of famers (only Dan Boyle and Sergei Gonchar are borderline HOFers).

Where does that leave the Canucks? With two options: 1) Find an elite defenseman through trade or free agency. 2) Hope that Alex Edler takes the next step.

Option one: What's out there?

Ryan Suter, Nashville Predators, UFA: He’s a yank and he’s going to cost way too much money. With the Salary Cap going down, and all the dead weight contracts Mike Gillis has acquired over the past two seasons, it’s really hard to imagine the Canucks entering a bidding war for Suter’s services. Not going to happen.

Shea Weber, Nashvile Predators, RFA: If you were David Poile, would you trade Weber? It’s going to take a pretty nice package to make Poile pick up the phone. I just can’t see Poile losing two franchise defensemen in one offseason. And you can pretty much guarantee that 1) Mike Gillis won’t be mortgaging the future to sign Weber to an offer sheet and 2) Even if he did, Poile would match. Probably not going happen.

Ryan Murray, 2012 draft eligible: This one is a little intriguing. If the Oilers select Nail Yakupov, the Canucks could trade one of Schneider or Luongo to Columbus for the 2nd overall pick in the draft. Boom, you’ve got a franchise defenseman for a decade. But, I’ve got a 100 bucks that says the Oilers shock everyone and select Murray No. 1 overall. And of course, I’m ignoring the fact that Murray probably won’t be elite for at least a couple of years, but I think landing a long term franchise defenseman trumps immediate need. Probably not going to happen.

Elite NHL defensemen are the most sought after commodity in the NHL and this summer is an especially weak crop. Option one is not looking good.

Edler learns to harness that mean streak he’s shown flashes of before. He eliminates the inconsistencies and the head scratching plays. He develops a more consistent, more accurate first pass out of the defensive zone. He improves his skating.

Next season Edler will turn 27. It’s that magic age where your body has reached its physical peak, and your knowledge of the pro game is advanced enough to capitalize on its nuances. And if he needed any additional motivation, Edler is also an unrestricted free agent next summer.

Edler has all the tools, and if he works hard this summer, he just might finally put it all together and become the franchise’s first truly elite defenseman. All signs point to a career year and a massive raise – a raise Mike Gillis would be happy to pay if he deserves it. If Edler can improve, he represents the best chance the Canucks have at finally fielding an elite defenseman, an elite defenseman that will give them a shot at bringing home the Stanley Cup next spring.

Will the Canucks look to add a playmaker to the top six this offseason?
Calyn ShawMay 5th, 2012 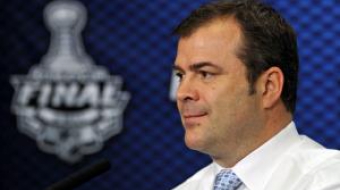 Alain Vigneault is one of the NHL's most successful coaches. If he were to be fired, who would step up to take his place?
Calyn ShawMay 2nd, 2012
Speak up about this article on Facebook or Twitter. Do this by liking Vancouver Observer on Facebook or following us @Vanobserver on Twitter. We'd love to hear from you.