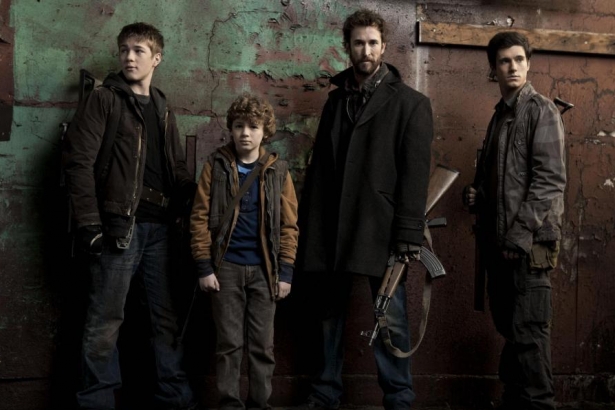 Last summer was the summer of sci-fi. We got the first seasons of Alphas and Falling Skies, the vastly under watched Outcasts, a new season of Torchwood, and an especially good season of Doctor Who. This year is a bit different. There’s no Doctor Who or spinoff on tap this year, but we do have Continuum, the first show (to my knowledge) to be set in both present day and future Vancouver. As well, if you’re looking for an established sci-fi show to pass the time, Eureka is running season five. Dr. Who in on hold until after the London Olympic Games.

For my tastes, Falling Skies is the pick of this year’s group so far. The alien apocalypse show is in its second season, which begins three months after last year’s season finale cliff-hanger. I’m not saying that it’s groundbreaking television along the lines of Aaron Sorkin’s The Newsroom, but it is entertaining in an easy, summery, guilty pleasure kind of way. Part of this pick has to do with the production values. Falling Skies delivers that level of polish sci-fi productions need to avoid looking cheap. I’m afraid that, while Continuum is interesting on some levels, it lacks any kind of polish and feels, in my opinion, rushed at every stage of production.

Falling Skies suffered from some intermittently poor writing last year. This season, that problem does persist, yet it is less destructive of the overall narrative. The bad writing seems mostly confined to dialogue, rather than infecting major plot-driving moments in the story. So far, this season seems to be about finding more survivors in order to mount a viable resistance. With the second Mass down to about half of its original number and no contact from the other regiments, hope seems to lie with finding other, as yet unknown, hidden pockets of humanity. [Spoiler Alert: If you have not started watching this season of Falling Skies, the rest of this post contains spoilers.]

The big question so far this season is whether the second Mass will reach Charlotte and, if it does, will there be a central, organized resistance of the sort described by pilot Avery Churchill when she buzzed in out of nowhere? We saw last season that the aliens are able and willing to employ humans for subterfuge in order to draw out and eliminate human resistors. Avery could be drawing them into a trap and she could be the messenger who reunites humanity. Nobody has any way to tell. Capitalizing on that level of doubt is a big strength of this series. They ought to do it more. That’s the problem with an apocalypse, the Hobbesian uncertainty of it all.

On the other hand, the transition between seasons, especially after the cliff-hanger of Tom walking onto an alien vessel, has delivered very little payoff. He went onto the ship in order to find out how to help his son Ben. The alien actually offered praise before luring Tom aboard, saying that he and the others had put up more than the expected level of fight. However, instead of really going anywhere with that, the aliens take him captive before offering him a proposal whereby humans get to live in peace within their own small territory while the aliens control the rest of the world. A human reservation if you will.

Tom refuses, the aliens let him and several others (presumably of his rank) out the front door of the ship, and then they kill every one of them but Tom. Now, that made sense. Always leave one so that he can tell the others what he saw. But he didn’t. Again, Falling Skies sets something up and then lets it dangle and wither into nothing. The show is almost always fun to watch, despite some very dull lags in the action. However, it would do very well to develop and focus its narrative style. A show like Game of Thrones is a great example of how you can maintain a broad and disparate cast of characters, yet keep the story very clear and properly constrained. The same might be said of The Walking Dead. However, as summer viewing goes, Falling Skies hits enough of the right notes, and delivers enough action sequences, to keep me watching and looking forward to each new episode.