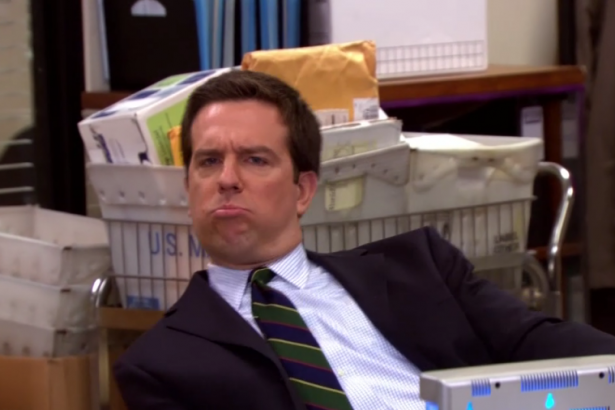 This season will be the last for NBC’s version of The Office. Not many shows run for nine seasons. Seinfeld ran for nine seasons, M*A*S*H for eleven. Typically, it takes a truly great show to make a run that deep. Not always, though. Two and a Half Men is in season ten with no merciful end on the horizon. So yes, for every Seinfeld there’s an According to Jim. That’s just the way it is. You can enjoy the good as long as you accept the bad as inevitable. Oh, well. People like garbage. Welcome to the CBS era. But even while navigating a sea of awfulness, we can still appreciate how shows like M*A*S*H and Seinfeld represent the leading edge comedy of their times. The Office is such a show and it has arguably recast the mold for network sitcoms. You can look at Parks and Recreation and Modern Family as direct descendents of its mockumentary format, not to mention the general explosion of single-camera comedies, as evidence of the resulting shift in narrative style.

There have been single camera shows in the past, but few of them thrived. For example, there was Julia Louis Dryphus’ 2002 Watching Ellie, which was not a bad show. Neither was it infectious and it withered away within a season. Now, in all fairness, it was most certainly Scrubs which broke the ground, doing away with the contrived laughs of a studio audience and replacing it with a rapid-fire delivery of gags a-la Family Guy. However, it was not until The Office caught everyone’s attention that the single-camera format became so entrenched that it required a categorical distinction from the tired old multi-camera variety of sitcom.

So here’s the problem. Multi-camera comedies like The Big Bang Theory, How I Met Your Mother, and Two and a Half Men continue to dominate in the ratings. This, coupled with a steady diet of procedurals, has allowed CBS to set the bar for network television success. You can’t sell to advertisers without ratings and advertising pays for the shows. It’s all about numbers. However, commitment to quality shows which draw a smaller, yet far more committed, viewership is what has defined NBC for most of the past decade. It’s also what has driven the genre to the point where the quality of small screen comedy easily rivals anything we find in movie theatres. It also means that the Emmy category for outstanding comedy means something (i.e. “outstanding” is no longer ironic).

But how are networks to balance this tension? Sure, Modern Family is one of the biggest comedies on television. At the same time, 30 Rock continues to get pounded in the ratings and NBC can’t even figure out when to air the new season of Community. Cougar Town has moved to TBS. TBS! In my opinion, we need to see more comedies on the cable networks. However, as ousted Community showrunner Dan Harmon points out, you can reach far more viewers on the networks, and hence make more people laugh. In the end, I have to think that an on-demand model is where television is ultimately headed, and that this will serve the sitcom genre very well. It will be worth following the fate of the Netflix revival of Arrested Development, as this is a perfect test case. In the meantime, we can only hope that the single-camera comedy finds a way to thrive on network television.