Well, it’s that time again. A new television season is upon us, along with cooler temperatures and the inevitable Vancouver rain. What better on a grey September evening than a bit of well-wrought comedy and a warm, comforting meal? 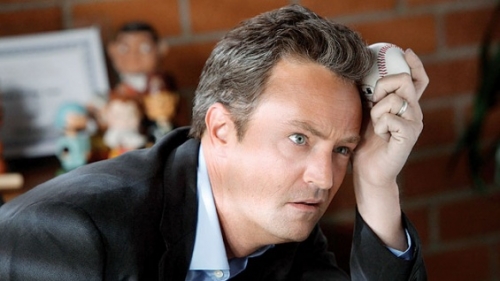 This is Matthew Perry’s new show. With all of his previous post-Friends projects fizzling within a few episodes, what are the chances that Go On will last? If the first two episodes are any indication, the show will be a competent but predictable sitcom. Perry stars as a sportscaster who recently lost his wife in a car accident and is attending group therapy. It has some genuinely solid laughs but doesn’t offer very much that’s new or innovative. That said, the pilot did keep me entertained enough to give it a try. My hope is that the eclectic cast of supporting characters will get opportunities to have their own adventures and thus round out the show so that it becomes more than a sportscaster equivalent of Frasier. 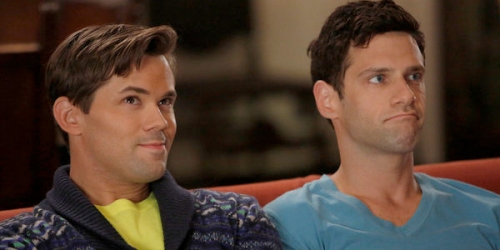 If there was an award for the new show with the most obvious social agenda, Ryan Murphy’s The New Normal would win it in a walk. The Glee creator’s new single-camera comedy is about two gay dads and the surrogate who is carrying their baby. The premise, which the pilot episode spent about half its time announcing, is that being a non-traditional family, one that isn’t considered normal, is the new normal. If a family is rooted in love, then its structure is merely a footnote. While I agree with this premise, the pilot spent way too much time making that point. I worry that the show may become preachy regarding inclusiveness and tolerance. No matter how much you agree with its point, I don’t think anyone watches a sitcom hoping that they will be hit over the head with the same message week after week. For me, the first two episodes were uneven, but worth another look. The cast is great, so hopefully they will find their groove. 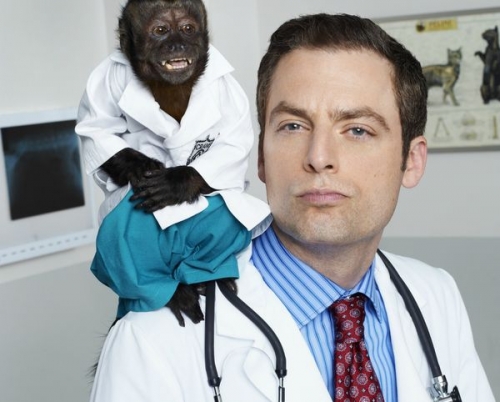 Now, I’m all for animal-loving misanthropes, which is why the premise of this show excited me. The idea was initially described as veterinarian House in a half-hour comedy. Then they added the monkey. Ouch. The pilot for this show tells me that it has potential but is likely to collapse under the weight of tacked-on devices and gimmicks. The premise, a brilliant vet who loves his patients but loathes their owners, is hilarious. We don’t need a monkey riding a tiny truck to make it funny. The base concept offers a bottomless well of comedic banter as is, so let’s hope that they move away from the gimmicks and focus on the kind of solid comedic writing which has made the last several years an undeniable golden age for televised comedy. 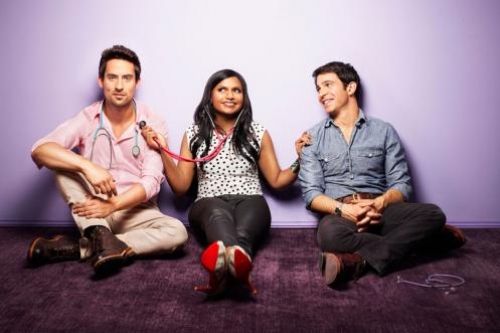 While this is probably the most hotly-anticipated new comedy of the season, it’s a bit of a wild card for me. I’m quite surprised that Mindy Kaling jumped ship from The Office and NBC, just as I was shocked that The Office failed to give her a send-off in last year’s season finale after it was clear that she would not be back. Kaling has been a big part of The Office for its entire run, as a writer, producer, and of course as Kelly Kapoor. The lack of an official exit suggests to me that there is some friction over her departure. However, that is nothing more than speculation on my part. As for her new show, I have a mountain of doubts. First, it’s not clear to me that she can carry a show. The premise seems a bit strained. I get the whole young professional woman making her way in the world, and that’s fine, but the focus appears too narrow. Great female-led shows typically have a rich cast of characters. Think about something as recent as 30 Rock or as old as Mary Tyler Moore. If The Mindy Project is going to succeed, it needs to be about more than Mindy. Also, what's with the impossibly good-looking co-stars? Do any of these people look like any doctor you have ever met?