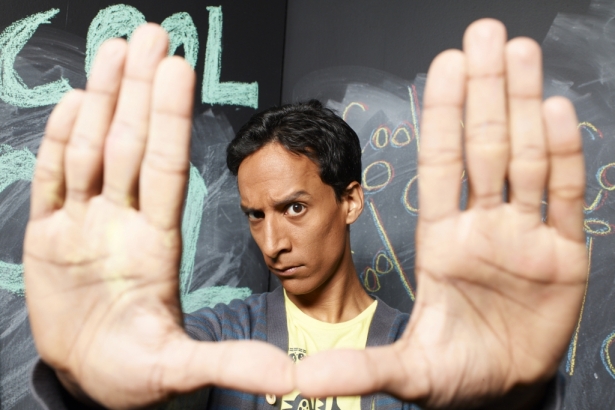 Tonight is October 19th. That’s when Community was originally set to return, so while the rest of us are living in February, the Greendale Seven will be preparing for Halloween. Weird, yes. Silly, also yes. But given this little gem’s history with NBC, it is also quite normal.

Community has developed a fierce but relatively small fan base. Regardless, they have been loyal enough to keep it on the air, even when it’s pitted against another college-based sitcom in CBS’ The Big Bang Theory. It would, however, be wrong to compare them. Big Bang is a fairly standard multi-camera sitcom, well-executed and packed with nerdy references.

Community, on the other hand, only looks like a sitcom with nerdy references. In reality, it is an ongoing exercise in meta-comedy, with the Star Trek and Doctor Who references serving as starting points for self-referential comedic loops. Community’s whole approach is about crafting jokes and situational comedy with layers.

For example, when Troy and Abed play Inspector Spacetime in the Dreamatorium, they are playing at a Doctor Who parody inside of a Star Trek reference. See? Layers.

This alienates many viewers, and hence the relatively small fan base. However, those of us who enjoy it simply cannot get enough, and hence the ferocity of Community’s fans.

This season is abbreviated to 13 episodes and there is widespread speculation that the Peacock has already decided not to renew it. Dan Harmon, the show’s creator, was unceremoniously dumped at the end of last season after an ongoing feud with Chevy Chase, sparked by the revelation that each of them is a special kind of idiot. Chase then left the series toward the end of shooting the current season after throwing a number of tantrums on set and reportedly dropping the N-word after missing his afternoon nap.

Joel McHale recently discussed Chase’s behaviour, saying that “he physically wanted to fight me.” There is a special place in show business for Chevy Chase these days, sharing a tinfoil hat with Randy Quaid.

As for the actual show, the writing has been on the wall for months. When a network president goes on the record saying “Oh, I love that show,” it’s as good as cancelled. Only fan loyalty can save it now. So be a good viewer and watch live. Either that or start dusting off those Darkest Timeline goatees.