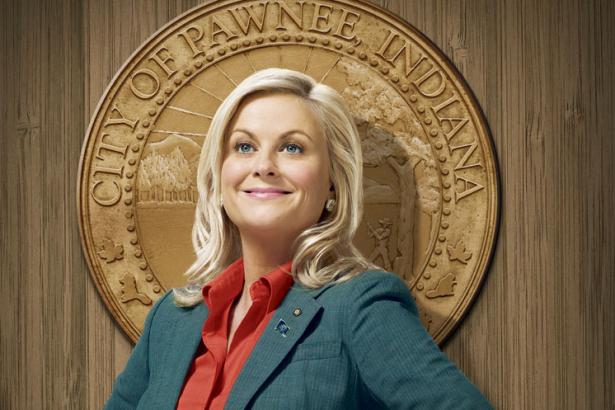 As expected, news continues to break at NBC in advance of their Monday upfronts. Last night, we were treated to both a very funny episode of Community and the news that NBC has officially renewed the series for a fourth season. However, the good news is somewhat tempered in that the order is for a scant 13 episodes. Even though this is in line with the prediction reported here earlier this week, one can’t help but feel a little disappointed that the order is not for a full 22-episode run. In fact, next Thursday’s triple-shot third season finale is now equal to a quarter of the number of episodes in the entire fourth season. Come back soon for my full review of this week’s episode, plus my final Community-themed recipe for the season.

Also at NBC, the critical darling Parks and Recreation got renewed today, although for a full 22 episodes. While this is really quite good news, one can see a weird numbers game coming for NBC’s programming slate throughout the year. It is best to get into a weekly routine, which may be part of the reason that the network has had so much trouble developing a consistent viewership. I maintain that skip weeks and mid-season finales (whatever that is supposed to mean) are serious obstacles to sustained viewership. With 22 episodes of some series and 13 of others, you can’t help but get inconsistent in your schedule, like airing repeats of The Office in the middle of their Thursday comedy block, as they did this year. It breaks the flow and distracts from the mood. When you have a large block of programs like four back-to-back comedies, the viewer gets a two-hour experience, not so much four half-hours. Popping a repeat into the mix is like someone throwing a chocolate bar into a pool: sure it’s still fine to jump in, but somehow the mood just isn’t the same.

One take-away from NBC’s apparent strategy might be that they do indeed want to build another comedy block. Since Up All Night also got renewed for 13 episodes, we might conclude that it will pair with Community on, say, Tuesdays, bookending two freshman shows. The implication then would be that we should expect a 22-episode order for the peacock’s flagship comedy The Office, then see it paired with Parks and Rec on Thursdays. Since neither Mindy Kaling nor Rainn Wilson saw their characters get an official exit last night, I can only assume that the Dwight spinoff is going to arrive mid-season. Surely they would not let Dwight simply fade away without fanfare. He has been either the second or third most important character on that show since its beginning, behind only the departed Michael Scott (and maybe Jim). I can see how Kelly Kapoor might just disappear between seasons, but not Dwight.

In less encouraging news, NBC has also renewed the chocolate-bar-in-the-pool which is Whitney. That show is terrible and I have nothing to add.

Over at the eyeball...

ABC has renewed Happy Endings for a full 22-episode third season. Remember how this show started? It was a mid-season replacement, almost a full-on burn-off like Bent. Somehow, it got traction and has only gotten more popular over time. Damon Wayans Jr. actually took a role on New Girl and was featured in promos before ABC’s eleventh-hour renewal of Happy Endings for this past season, prompting FOX to re-cast his role. All along, this has been an underdog series which defies expectations, so good for Elisha Cuthbert and company for keeping it going.