Community triple-shot: Harmon and Chase's behind-the-scenes drama appears to be cooling off 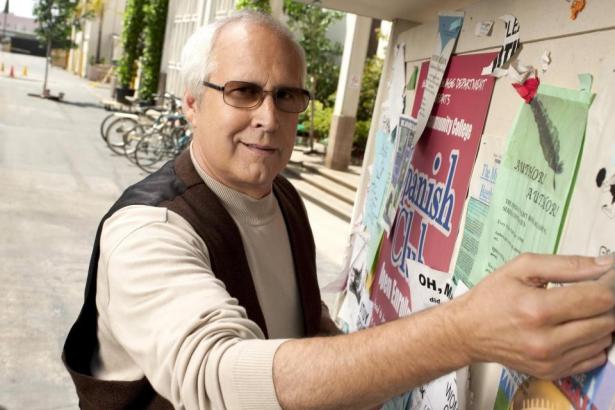 Part 2: Community’s behind-the-scenes drama appears to be cooling off

If you follow this show, you may already know most of what’s been going on between Dan Harmon and Chevy Chase. As the story goes, Chase stormed off set while filming his last scene of the season. Sources say that it was because he didn’t find it funny. Chase himself insists that it was because Harmon had not provided him a script beforehand. At the wrap party, Harmon gave a “Fuck you Chevy” speech, including an attempt to lead the crowd in a chant of “Fuck you Chevy”. Chase, attending with his wife and daughter, left immediately afterwards.

Now, this may seem like a totally classless thing for a showrunner like Harmon to do to one of his lead actors. However, there is a lot of history behind it. I have seen one source insist that it was all an inside joke, as “fuck you” is Chase’s standard greeting on set. However, I have not heard anyone else corroborate this. When the plot truly thickens is when Harmon plays a profanity-laden voicemail from Chase at an event he does in the back of a comicbook store once a month for about 100 people.

The voicemail is truly nasty. In it, Chase insults Harmon’s writing and suggests that he will be lucky to live long enough to see his fifties. Moments after Harmon played it for the crowd, it was leaked online and the internet exploded. Fans and haters alike all had something to say. Some took Harmon’s side, others Chase’s.

In the end, it was wrong for Harmon to play the voicemail in public. A couple of weeks later, he posted a very, very long apology on his blog, laden with self-loathing. However, mere days later, another voicemail found its way onto the internet, wherein Chase calls the show “mediocre”. Chase has also bashed the show publicly in the past. He told the Huffington Post that he thought the show was not funny and that he would not likely be around it for very long.

Really? This show revived Chevy Chase’s career, which had been essentially dead since his last Vacation movie. It boggles the mind how someone in his position can continue to show such profound arrogance. I am a fan of Chevy Chase’s early work. He was funny. However, the standard for funny has changed radically since his slapstick SNL days, so it’s not surprising that he feels out of place.

I should mention that these voicemails are about a year old. It’s not like this is all fallout from Harmon’s speech at the party. Part of me does have to wonder if there is a ploy here to get fans riled up during the drive for renewal. However, it all seems too messy to be staged.

Also worth noting is the sheer class with which Joel McHale has handled the situation. Even though one of the voicemails compares him to Howdy Doody, McHale has taken every question and turned it into a joke without actually answering the question. Here’s hoping that it all blows over. That said, would the show really suffer from losing Chase’s character Pierce? Surely Chang could pick up the slack as far as antagonism goes, so I’m not sure if he would really represent much of a loss. At the same time, there is a dynamic amongst the characters which is pretty special, so it would be foolish to tinker with it. Maybe we just think of Chevy Chase as Community’s Alec Baldwin.