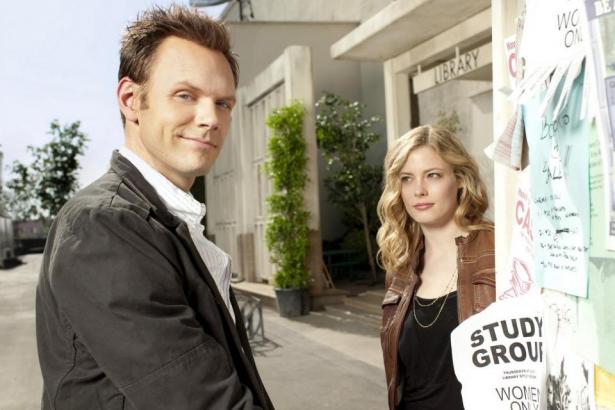 Warning: this post contains major spoilers for anyone who has not seen last week’s episode “Basic Lupine Urology”.

Part 1: recap, analysis, and a look at what’s next

Last Thursday, we saw the most anticipated episode of Community all season. Not only was it their Law & Order parody, but it was also the episode where a recurring character met his demise. I personally spent months speculating and, in the end, it was my first guess all along: Starburns. Dino Stamotopolous’ drug-dealing, affectation-laden weirdo died at the end of the episode, as his car was rear-ended, causing the meth lab in his trunk to explode. In retrospect, it all seems so obvious. I mean, how else?

Stamotopolous is also a writer and consulting producer on the show and had actually requested that his character be written off so that he could concentrate on, well, doing his actual job. Funny enough, he was basically thrust into the role. When Dan Harmon needed someone to sit for hours while the hair and make-up people figured out how to do the iconic sideburns, it would have been too expensive to get an actor to do it. So he called one of the writers. Of course, writers are always cheaper.

The death itself came at the very end of the episode, after the episode’s plot had resolved. This is good, because it would have detracted from the brilliance of the parody, with Troy and Abed as the cops investigating the destruction of their biology project and Jeff and Annie as the lawyers in a classroom mock-trial, complete with twists and turns, leading to Fat Neil’s eventual confession. It was not only a great L&O parody, but is even reminiscent of the classic, formulaic courtroom dramas going all the way back to Perry Mason.

Despite coming at the very end of the episode, Starburns’ death is not a throw-away. It will, in fact, drive the action for the rest of the season. Next week, there will be a funeral in the cafeteria, featuring the dead man himself in video form. This will lead to the study group’s expulsion from Greendale, which will then drive the rest of the season’s story arc. If you remember, Jeff and Annie refused to break a pinkie swear with Starburns not to out him for stealing beakers for his automobile meth lab. If they had broken that promise, he might not have died, since he would likely have gotten busted and lost his explosive hobby.

My guess is that this is why they get expelled.