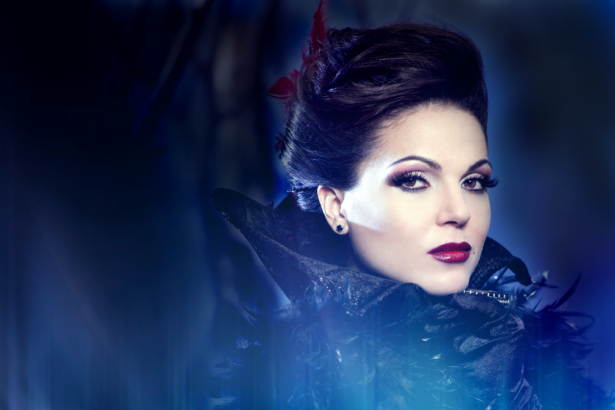 Once Upon a Time

This is definitely the year of fairy tales, just as last summer was the summer of sci-fi. Of the two fairy tale shows on network television this year, I have found Once Upon a Time very disappointing and Grimm a pleasant surprise. I’m not sure what they’re trying to do, but Once seems to have completely derailed into soap opera storylines and oddly gullible characters. In my opinion, it could easily be called Once Upon the Days of Our Lives. Of course, I find myself in the minority here, as Once is also the run-away freshman hit of the season. One of the reasons this show frustrates me is that the characters have no texture. For example, as good as she is as the evil queen, Lana Parrilla’s character Regina (real original, a queen named Regina) is so evil that, once we see her origin story, it’s hard to believe that she was ever nice. Jane Espenson has promised a mind-blowing season finale. Read: super-duper-soapy.

Speaking of evil queens, Lena Headey, who is superb as the complex queen Cersei Lannister, says that she has not read ahead to discover her character’s fate. That takes serious patience. It’s obvious that, at some point, she will meet a nasty end. Let’s be honest: every single one of our beloved characters is going to go the way of Ned Stark at some point. If there’s one thing that season one taught us it’s that George R. R. Martin is not afraid to kill a character, no matter how central, if it advances the plot. That is part of what makes the story so great, that any character is legitimately at risk at any time.

Speaking of actors named Lena, HBO’s Girls is now in full swing. Lena Dunham not only stars in the show, but also writes, directs, and co-produces it with Judd Apatow. There has been a lot of buzz around this show and much criticism as well. The critique that there are no minority characters, however, is unfair. This show is not supposed to represent a generation, although it is very easy to make the mistake of thinking so. Here’s the way I see it. One night, Lena Dunham was sitting somewhere thinking “What if Sex and the City was actually about four girls in their early twenties trying to get their lives started in New York? Also, what if they looked and acted like actual people?” Eventually, this thought turned into Girls. Don’t get me wrong, Girls is much, much better than Sex in the City and stands to appeal to a much broader audience. Still, I find myself struggling to relate to any of the characters, which suggests to me that Dunham’s youth is showing through, despite producing a well-composed show.

Speaking of Dunhams, where was Olivia during last week’s crazy blast into the future? What did Bell do to her? When will we find out what happens next? Did anyone else wonder about Lincoln’s absence? The season finale is a two-parter, which makes me suspect that it will address both the present-day arc from this season and the new Observer storyline from the future. Most likely, it will flip between timelines over the course of the two hours, eventually resolving both. One thing we know about the season finale is that they shot two versions. One has a cliffhanger, in case they get renewed for a final season, and the other could function as a series finale. We Fringe fans are about as rabid as Community fans, so let’s hope that fan passion can make up for meagre numbers.