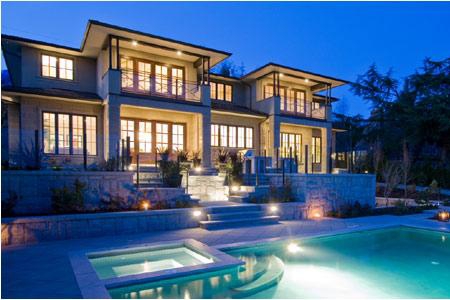 Royal LePage released a study today showing how Canadian home prices remained high, with Vancouver homes nearly triple the national average. As outlined in a previous article, Asian investors were a driving force in the rise of real estate prices, and increases have been across the board, from single homes to condos.

Here are the main findings:

Bill Binnie, a veteran real estate agent from Royal LePage, said that while the housing prices vary between the different areas of Metro Vancouver, people should expect the trend to continue.

“Keep in mind that the increases you're looking at (on the report) are not general,” said Binnie. “To give you a dramatic example, Pitt Meadows is down 5 per cent year-on-year, whereas West Vancouver is up over 20 per cent. Coquitlam is up just 3 per cent, compared to the 17 per cent average.”

Binnie said that while the increase of buyers from Mainland China and other parts of Asia were driving up the prices, they only made up a small part of the clientele as a whole.

“The largest price increase you've seen is demand due to the Asian buyers singling out small areas and going after them – mostly from Mainland China. That's mostly in the West side of Vancouver and Richmond."

"But don't come to any conclusions that the whole market is this way. In fact, foreign buyers are just 7 per cent of the market in Greater Vancouver.”

Binnie said he didn't have a “crystal ball”, but based on his 30 years-plus experience in the industry, he said that Vancouver's high real estate prices didn't look to be slowing down any time soon.

He said that there were major projects about to be started in downtown Vancouver, including the new Telus headquarters off Georgia street, and that due to the active development of new office buildings in the downtown core, property values would continue to remain high.

“The environment of very low interest rates and rising population is not a formula for prices to be dropping,” he said. “What I do see is a lot of uncertainty in the world markets ... but there are a lot of positives. Every time a $3 million home is sold, that's a lot of money that's brought into the economy."