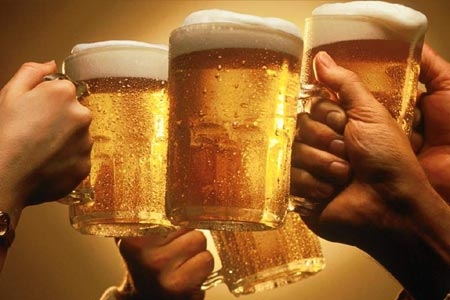 We've published a great new book and are throwing a launch party! Sponsored by LUSH, Hollyhock and SPUD.ca,  you can get your momentum going at the first big bash of 2013.  Two days before the Northern Gateway Joint Review Panel hearings begin in Vancouver, gear up for one of the most pivotal moments in Vancouver's recent history.

THE STORY
The controversy about oil sands pipelines has put B. C. on the stage of history and Extract brings you the essence of that debate, including:

The Tyee -- "The Vancouver Observer's new e-book is the result of one year's in-depth reporting by a team of VO journalists, and is written in an easy to read, engaging, and fluid style that grips from the first lines as its opening chapters flash between people living in Northern Gateway's path and big oil executives planning it out."

Bill McKibben, climate activist and 350.org founder -- "This is one of the greatest stories underway on the planet—the effort to wrest vast quantities of the dirtiest energy on earth from beneath Canada's boreal forests, and the even greater and far more beautiful effort to stop them. The stakes—the health of the planet's climate—simply couldn't be higher. Read this book. Extract does a great job of giving voice to some of the people on the front lines and giving you the information you need to engage in the debate."

David Suzuki, environmentalist and David Suzuki Foundation founder -- "We need information and hard facts to make thoughtful, forward-thinking decisions that reverberate long into the future. Here’s a book that cuts through the self-interested rhetoric of climate deniers and the fossil fuel industry."

William Pitt, Truthout editor and New York Times bestselling author -- "Extract: The Pipeline Wars is a terrifying tour-de-force that opens a grim window on the future: this isnot just about British Columbia, but about the world. As the fossil fuel industry taps dirtier and dirtier sources of energy to maintain their supremacy, as more regions of the world are despoiled in the process, the downhill run to ultimate destruction lies plainly before us...unless it can be stopped. Extract: The Pipeline Wars tells us why, and how, this must happen. Excellent,  important work."

HOW TO GET YOUR COPY
Extract will make a perfect gift and holiday read!

JOIN US FOR A LAUNCH PARTY!
Please join us for the Vancouver Observer launch party on January 12, 2013 from 6:30 to 9:30 at Ceili's Irish Pub and Bar. The party takes place just 48 hours before the Enbridge Northern Gateway pipeline hearings are coming to Vancouver: this is the perfect place for people to connect and get energized in this historic debate. Bring your dancing shoes!
Please share the invite with your circle:  http://vanobserver.eventbrite.com/ 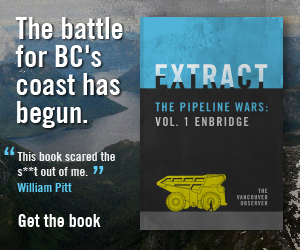 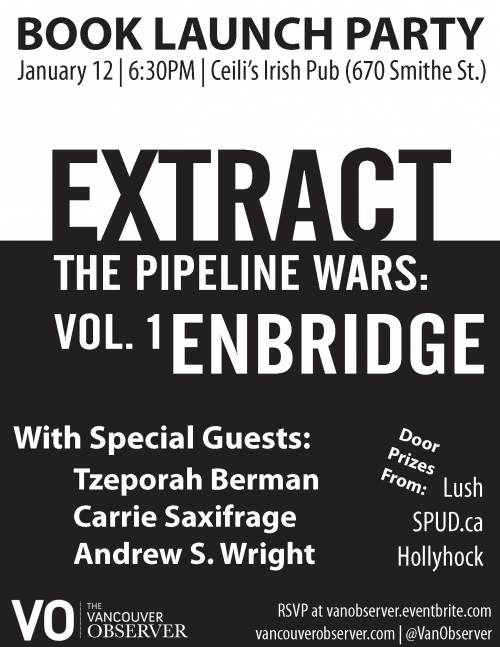