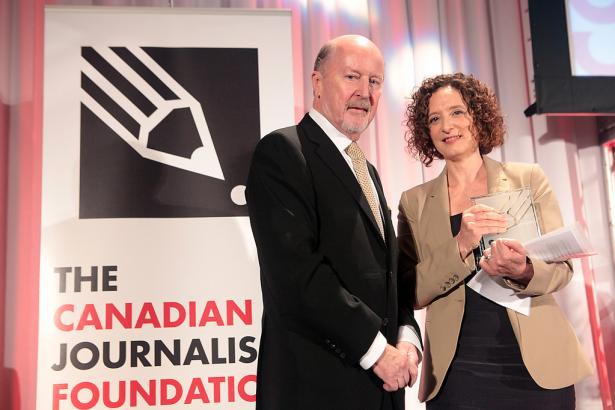 We’ve seen what happens when journalism is not functioning correctly: the Iraq War, the Missing Women in the Downtown Eastside, and the current PR war that government is waging against environment.

Many are under the impression that news organizations can exist without any funding from readers. The truth is, they can’t. We’re here to work for you, to tell your stories, and to spread the word. What if you were faced with a major problem and no media was there to hear your story and sound the alarm?

We want to be here for you. The VO is here to tell your story, not to repeat the views of corporations.

Vancouver Observer received the Excellence in Journalism honour last week from the Canadian Journalism Foundation last week in Toronto. The awards recognize  news organizations that embrace the ideals of journalistic excellence in accuracy, independence, accountability, courage and originality. We are so thrilled.

He argued that there is “no substitute” for journalists who serve the public like “canaries in a coal mine, anticipating and warning of crises before they happen.”

We believe this too. With your gift of $10 to $25, or whatever you're able to, we can keep pursuing public service stories, together.

P.S.  Here’s a video  from the awards ceremony that took place last Thursday in Toronto.