The Gulag Archipelago by Aleksandr Solzhenitsyn is about the Soviet forced labour system that existed from 1918-1956.   The novel is based on the author's experience of a system he compared to a vast chain of islands known only by those doomed to visit them. In the Gulag, political prisoners accused of crimes against the state endure terrible torture meant to force them to name who they've been associating with and what they've been doing. They struggle to resist naming their friends because to name them is to condemn them. Obviously, this all happened before Facebook and other social media seduced more than a billion people to give over this information away.

Solzhenitsyn interviewed dozens of other prisoners who had endured the gulags, by his calculation, 60 million in total and wrote a book that looked  so deeply into the heart of fascism that it changed history.  It offered a terrifying picture of what happens  when a regime with concentrated power devotes vast resources to learning what its citizens think, how they behave, who they hang out with, and whether or not they agree with the government, a picture of what happens when a paranoid, evil person gains control of a country and turns against its people.

And it painted an unforgettable portrait of the lengths the authorities went to in order to learn  what was in the hearts and minds of the people.  It boggles the mind in today's universe of  posting, liking, and tweeting  information fascist governments in different parts of the world have killed for.

Soviet Russia, Nazi Germany, China during the Cultural Revolution, all places where people were brutally tortured to force them to reveal information about what they believed and who they associated with. Chile under Pinochet, Cambodia under the Khmer Rouge, the list goes on.

History's quickly forgotten in an era of constantly breaking news and information overload and it hasn't seemed like anyone  has time to organize all the information those billions of people generously hand over.  Instead, social media has fueled revolutions, connected millions, and resulted in the evolution of a new constantly connected human being.

But this Sunday, Ryan Gallagher of the Guardian reported on software that indicates the ways many have imagined social media could be used against those who post is here.  Developed by a company called Raytheon,  Riot, or Rapid Information Overlay Technology "can gather vast amounts of information about people from websites including Facebook, Twitter and Foursquare," the Guardian said.  The Riot program tracks social media users and predicts their next move. In a click, Riot can assemble a portrait of a person that would have blown Solzhenitsyn's interrogators away with its complexity.

"A video obtained by the Guardian reveals how an "extreme-scale analytics" system created by Raytheon, the world's fifth largest defence contractor, can gather vast amounts of information about people from websites including Facebook, Twitter and Foursquare.

...a next generation analytics service developed by Raytheon that’s meant to scrape and decipher all the important, intricate details about everything someone has published on Facebook, Foursquare, and Twitter. RIOT creates unique profiles from publicly available data, including details like your friends, and where you’ve been and at what time. If you’re not concerned about your location being tracked since you’ve never used the GPS feature to share your location on Foursquare or Facebook, don’t get too comfortable. If you’ve ever shared a photo taken on a GPS-enabled smartphone, RIOT is able to pull the exif metadata from photos and figure out when and where the photo was taken.

Recently, Raytheon, which is the world's fifth largest defence contractor, won a National Medal of Technology and Innovation from Obama. 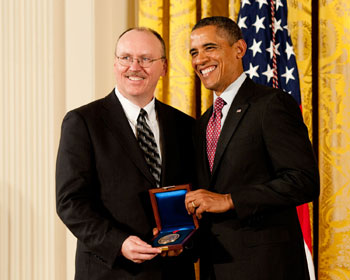 Raytheon says it has shared the technology with US government and industry as part of a joint research and development effort  to help build a national security system capable of analysing "trillions of entities" from cyberspace, according to the Guardian.

It's alarming and creepy.

Riot can offer a vivid snapshot of who you were photographed with at that party last night, where the party was, what was on your mind when you sent out those tweets on the way home on the train---and where you were located when you sent them.

It can figure out when you go to the gym, what your political affiliations are, the odd behavior that puts you outside the norm.

James Ball, in his article in today's Guardian called "Why We Should All Worry About Being Tracked Online" says, Riot is "as sinister as it sounds."  He argues for legal safeguards,"and fast" further outlining the technology.

We need to demand restrictions on how Riot can be used and fight hard for our right to privacy, he says.

As long as no Soviet-style regime comes along, Riot should be as harmless  for the vast majority of North Americans as Facebook is today.  Perhaps it really guard against terrorist attacks, sorting through the seemingly infinite posts and tweets and likes and pictograms to predict and protect.

But as Solzhenitsyn wrote in the Gulag, "From good to evil is one quaver…" 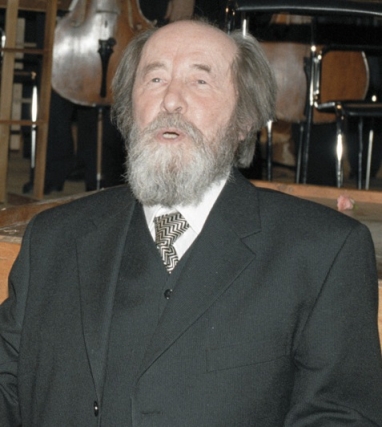 Canada's warrentless spying bill remains in limbo, but could come back: OpenMedia.ca