Air pollution in Kathmandu off the charts 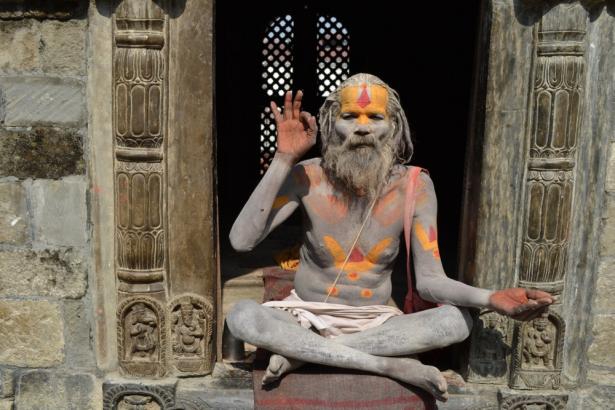 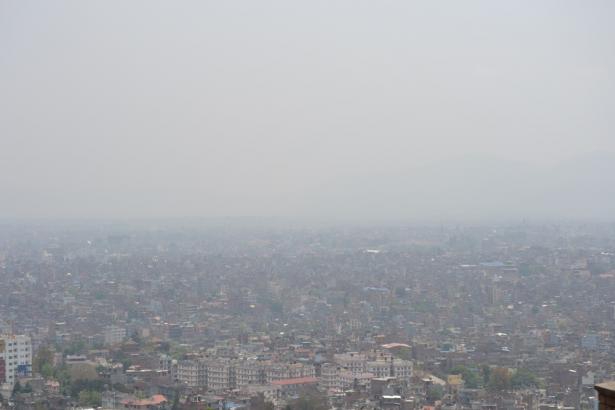 A sadhu in Kathmandu poses for a chunk of change. Photo by Linda Solomon.  Polluted Kathmandu pictured in a photo by Eli Krag.

By 2006, the World Health Organization (WHO) deemed it the most polluted city in Asia. It didn't take more than a minute of breathing it to conclude that over time, Kathmandu's air could kill you.  A WHO report confirms this.

We had known to expect pollution. But the experience exceeded the expectation.

We'd travelled two days, spent sixteen hours total in an airplane and had crossed the dateline, to get here.

We dropped our backpacks onto the floor of the clean, stark room in Schechen Guest House, a hotel run by a monastery.

Eli flopped down on the bed and buried his face in the pillow.  "My throat hurts," he said.

A muffled groan came from the pillow.

Kathmandu in the dark on the way to the hotel from the airport had been hard to evaluate, beyond the obvious: people were poor.   Millions.   And the air stank and didn't go down easily into the lungs.  It was as bad or worse than the air I breathed in New York City right after 9/11.  I had fled  from post-World Trade Centre attack air, because I couldn't inhale it, and I believed it would do serious damage to my children's health.  And people here were much breathing worse, like it was normal. They were stuck in it.

I had certainly HEARD about the pollution in big cities in the developing world.   I'd experienced it in the nineties. But  between the nineties and now, pollution had taken quantum leaps.   I thought of my friends in Canada working so hard to fight climate change.  By comparison Canada seemed so pristine.  Here was where the real work would need to happen.  Cities in the developing world.  Cities like Kathmandu.

Photos below by Eli Krag 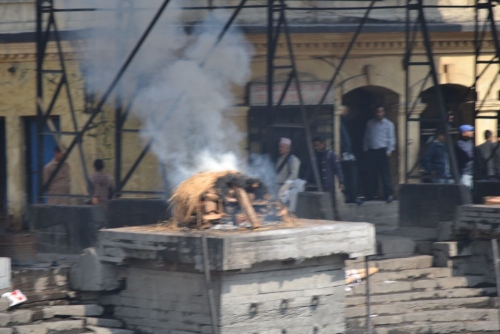 River as garbage dump in Kathmandu

I saw this in rivers and streams throughout the trek, as well, and I wondered what people would be drinking in years to come, as these river garbage dumps grow. 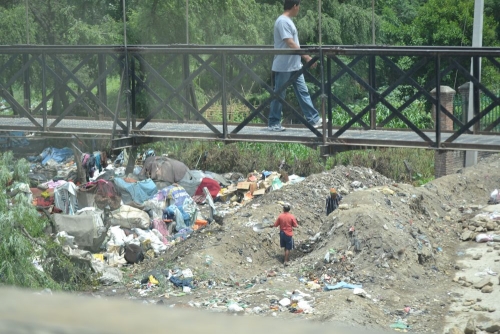 Boy walks along outside of moving bus in Kathmandu traffic

The risks people take with themselves make us look so careful here in Canada.  The chaos makes our culture look rigid and laden with rules that ultimately are unnecessary.  Or are they? 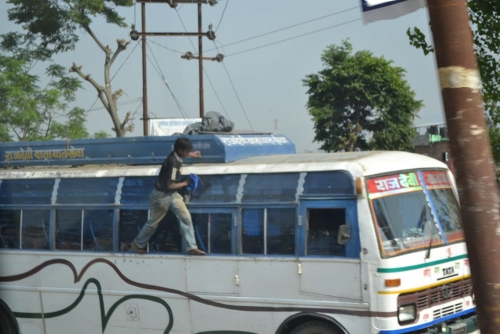 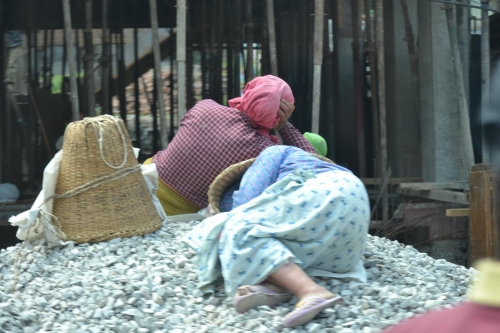 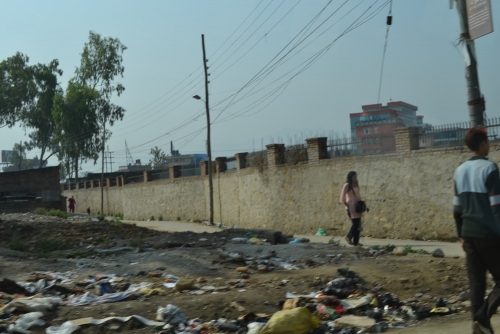 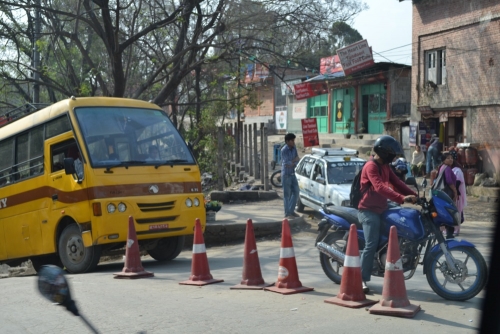 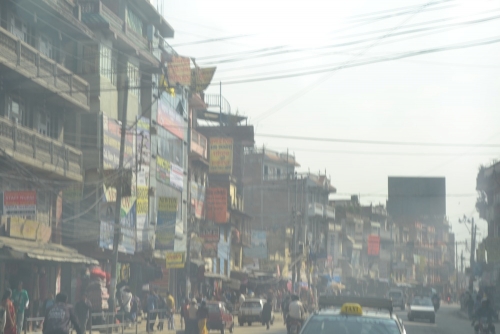