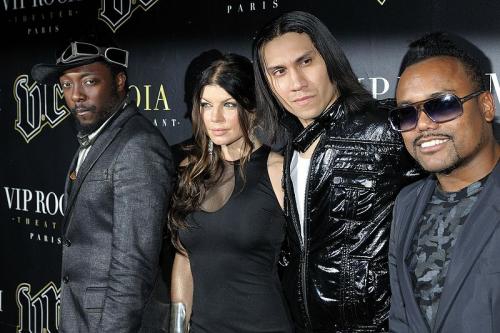 The Black Eyed Peas in a creative commons photograph

If you like the Black Eyed Peas like I like the Black Eyed Peas, you may have wondered what they use for fuel so that they can boom boom pow. While shopping at Save on Foods this morning, I got to take  a hard look  inside their grocery cart.   It phunked me up to see so much caffeine in their cart, but despite that fact, I felt privileged to see what food-stuff may be propelling the high energy performance they are sure to give tonight.

Watching the Black Eyed Peas female vocalist Fergie do her moves in videos over my kids' shoulders  some hundred thousand times, I  have often asked myself, "how does she pump it?"  I read she likes rice cakes, works out six times a week and does shots of vinegar to keep her figure.

"I do vinegar shots. It has to be organic apple cider, unfiltered. Two tablespoons. For some reason I've noticed a difference on my stomach," Fergie is reported to have told one celebrity rag or another, but there was no attribution on the site I read this quote on, so we're  just gossiping now, okay?

And the Black Eyed Peas were already filling my mind like a transistor radio when I went grocery shopping at 7:30 this morning at  Save on Foods with my son, Eli, because I've been counting down to the concert at GM Place that I'll attend tonight with my crew. We have seats behind the stage, but, whatever. I've got a  feeling that tonight's gonna be a good night.

So, when the cashier this morning told me I better move to the next register because, "we're going to be boxing this for a long time..." I thought, huh, that's unusual.

Eli  noticed the badge the customer of that huge food order was wearing.  It said "Black Eyed Peas. He's buying that for the Black Eyed Peas," Eli said.

Being the journalist that I am, I sought to confirm this rumour.  I asked the guy, "Are you REALLY buying that for the Black Eyed Peas?"

"Wow," I said, feeling the thrill of celebrity in the food riding the conveyor belt.

I took a few snap shots with my Iphone. 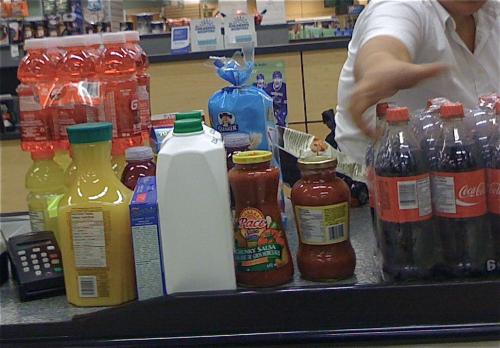 See in the above photo that Quaker oat man peeking up above the salsa?  That's the rice cake bag, lending credence to the claim that Fergie munches on them. 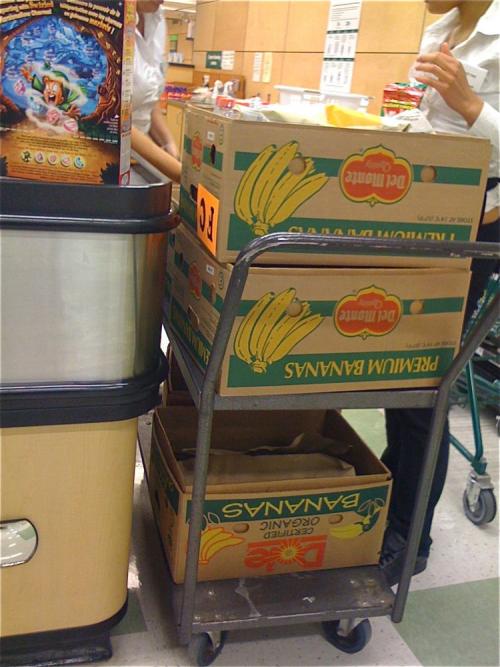 So one of the Peas does eat rice cakes and I doubt it's Will.I.Am...

Looks to me like Coca Cola is providing the Black Eyed Peas with fuel. Red Bull? Oh, no! 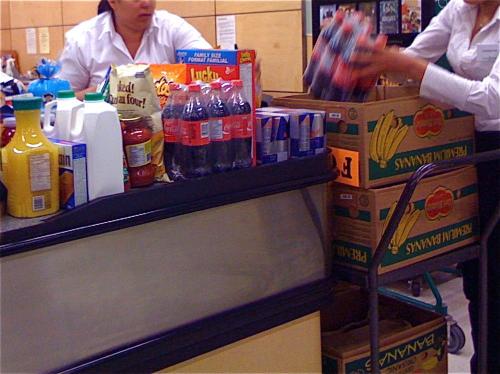