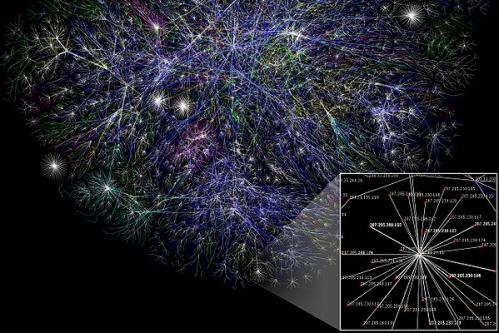 A federal court ruling in a case that pitted the Federal Communications Commission (FCC) against Comcast Corporation in the United States today throws the internet's future into uncertainty, Joelle Tessler, of AP, writes today on the Huffington Post.

"This is going down the road of making the internet more of a TV model where you have a menu, pay a fee, and if you aren't a regular customer, you don't have access," Steve Anderson, from OpenMedia.ca, told the Vancouver Observer.

"You could have to pay to have your website go faster.  If you're big, you'll be able to pay.  If you're a new innovator without a lot of money, you won't have money to pay that and you'll be on a slower service that no one wants to use.  That's the model Comcast and other big internet service providers want to move into.  It sounds kind of outlandish for them to want to do that, but it's just the truth.  I've been in debates on panels with Telus and Bell representatives and they're pretty clear that they want to create a service where they can charge for preferential internet service and have a slower service for those who can't pay.  That would remove the level playing field that is the internet that enables innovation, free speech and free expression."

Anderson said that before this ruling, "we in Canada were pointing to the US as a model and going to the CRTC (Canadian Radio-Television and Telecommunications Commission) and saying why can't you enforce their own rules?  Now, we're ahead of America. It's a strange reversal."

But is Canada really in a better position than the United States?

"I would say for now yes - the CRTC has a traffic management framework that it can enforce," Anderson said. "But it's kind of complicated. The CRTC will only enforce the framework if they receive a complaint. This means someone like me would have to bring them a case and fight one of the ISPs to win the case - far from ideal.  If the FCC regains authority, they'll at least enforce their own rule, rather than forcing consumer groups to do it for them."

Will he do it?

"Only if I know we can win," Anderson said, noting that filing a complaint on behalf of net neutrality that the CRTC rejects would leave the internet in Canada in a worse position than if no complaint was filed at all.

The Tessler article, republished widely on corporate news sites throughout North America, went on to say about the American ruling that it:  "leaves Internet users vulnerable to the anti-competitive and discriminatory Internet control practices of monopoly Internet Service Providers. This ruling threatens the innovation, consumer choice, and civic engagement that the Open Internet enables. The unanimous ruling by the three-judge panel marks a serious setback for the FCC, which is trying to adopt official net neutrality regulations. FCC Chairman Julius Genachowski, a Democrat, argues such rules are needed to prevent phone and cable companies from using their control over Internet access to favor some kinds of online content and services over others."