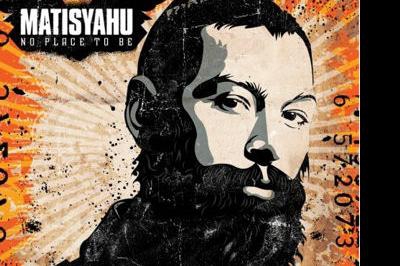 Rumor has it that a Hasidic Jewish musician from New York City's song, "One Day" has been chosen as the official 2010 Games song. Click  here to hear the entire song.  Try not to get goosebumps. I dare you.

Speculation began after NBC used Matisyahu's anthem as background for their spot advertising the Games. Click here for the NBC ad with Matisyahu's music.

Matisyahu's website says, "Musician Matisyahu is the personification of harmony. He is a Hasidic Jewish musician from New York City known for blending traditional Jewish themes with reggae, rock, and hip-hop sounds."

He pushes musical boundaries by incorporating a variety of genres to create unique sounds with deep messages that aim to unite and uplift. Matisyahu once said, "All of my songs are influenced and inspired by the teachings that inspire me. I want my music to have meaning, to be able to touch people and make them think. Chasidism teaches that music is 'the quill of the soul.'"

Music taps into a very deep place and speaks to us in a way that regular words can't." Listen to one of his latest songs "One Day," which he created as an anthem for hope and a source of inspiration for people struggling to open their hearts and stay positive."