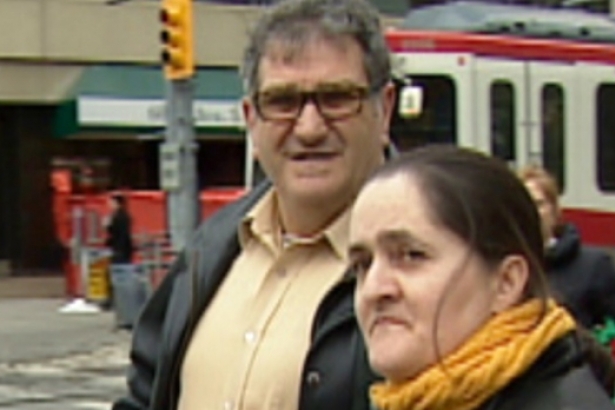 Sometimes I really don’t understand this crazy world we live in—or the rules we implement that make it even crazier.

I am simply appalled that a 15-year-old boy who was starved, abused, and deprived of medical attention—all at the hands of his parents—was allowed to live with them in the first place.

Some of you may have heard Alex’s very sad tale, as it’s had a little (way too little, in my opinion) coverage on the news lately. The bulk of this horrible story took place in Calgary, but it actually began in the Metro Vancouver area many years before.

When Alex Radita was five years old, his family lived in Surrey, BC. He was diagnosed with Diabetes 1 but was left untreated because his parents claimed they did not trust that diagnosis. In 2003, he was apprehended from his home by Surrey Child and Family Services due to the brutal consequences of severe malnourishment, as well as the neglectful lack of treatment for his diabetes. In 2005, a clearly misguided judge ruled to have him returned to his parents.

The rest, as they say, is history: this poor boy was so badly neglected and abused that he died ten years later, in May 2013.

How could this have happened?

This is, of course, not the first time a child has died due to mistakes made by both our judicial system and the Ministry of Children and Family Development. MCFD has unfortunately botched too many of these kinds of cases, returning children to parents who were—to say the least—unfit, and there have been far too many deaths of innocent children as a horrifying result.

One death like this is too many, don’t you agree?

These travesties need to stop. Much more attention needs to be paid when children are apprehended by social workers paid to know what they are doing. What if judges started to actually trust social services instead of thwarting their often valiant efforts to do a job that most of us would never want to do ourselves? I’m not suggesting that these cases should not be thoroughly investigated—I just think we need to believe more in the responsibility we entrust to them.

But my real point here is to shed some much-needed light on how little emotional and mental preparation is required in order to become a parent. When we want to get our driver's license, for example, we study a manual and take a written test to earn our learner’s permit. Then we spend time learning how to drive only when a licensed person is in the car with us.

If we want to become doctors or lawyers, we also need to study and pass tests. If we’re nurses, teachers or therapists, we’ve done the same in order to receive the proper qualifications. This is the way it’s done for many occupations—and this is how it should be.

But what about becoming a parent—certainly the most important and challenging (and some would say thankless) job anyone could ever do? How do we prepare for that? Do we study and pass a test that deems us fit to have a powerless little one in our care often for the next 18-20 years, and sometimes even longer?

No—all we have to do is, well, have sex, to put it bluntly. No hardship there, right?

But does it really have to be that way? What do our children need from us?

What if we raised our societal bar and actually trained people to become better parents? What if they were strongly encouraged—and financially supported—to learn about their own upbringings so that they could let go of their potential triggers and not make the same mistakes their own parents made? What if they finally understood that their untreated addictions and mental health issues could scar their amazing children for life and, in some cases, kill them? What if it became mandatory to take some parenting courses before all the trouble started, as opposed to after—what if we turned the tide and became proactive instead of shamefully reactive?

What if we cherished our children enough to do this for them?

When will we, as a society, finally understand that the vast majority of us can’t just become parents with no training and do a positive, effective, healthy job, even when we really want to? It’s not that we won’t ever make mistakes even with training—no one is perfect. But with required education and counselling, the consequences of those mistakes would very likely be much less potentially devastating than they were for poor Alex.

Why didn’t anybody cherish him enough?